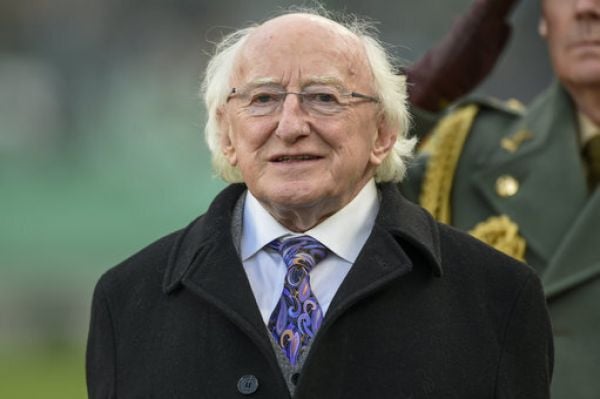 President Michael D Higgins has reiterated that he will not attend a religious service to mark Northern Ireland’s centenary amid criticism from unionists that his declined invitation is a snub to Britain’s queen.

The President broke his silence on the controversy last night, saying he would not attend the event on the grounds that it is political in nature and commemorates the “centenary of the partition of Ireland”.

He strongly denied any suggestion of snubbing Queen Elizabeth, who is set to attend the event in Co Armagh in October, and described criticism of his declined invitation as “a bit much”, according to The Irish Times.

Speaking in Rome during a four-day official visit to the Italian capital, President Higgins said his issue was with the title of the event, which it was stated would “mark the centenaries of the partition of Ireland and the formation of Northern Ireland”.

He said the title was politicised and made it inappropriate for him as head of State to attend the event.

‘There is no question of any snub’

On Queen Elizabeth, he said: “There is no question of any snub intended to anybody. I am not snubbing anyone and I am not part of anyone’s boycott of any other events in Northern Ireland.

“I wish their service well but they understand that I have the right to exercise a discretion as to what I think is appropriate for my attendance.”

In response to DUP politicians who claimed he had snubbed the event, he replied: “It’s a bit much, to be frank with you. I have gone up to Northern Ireland to take part in events.”

“There often has not been a great deal of traffic down from the DUP people who are criticising me now,” he added.

He said he would not be revisiting his decision. “We are past the point now and I think it is unfortunate.”

The President said he would be hosting the Statistical and Social Inquiry Association of Ireland at Áras an Uachtaráin on the day of the event.

The controversy has threatened to overshadow his audience with Pope Francis in the Vatican on Friday morning.

On Thursday, DUP leader Jeffrey Donaldson said he had written to the President seeking an explanation for his declined invitation and had “encouraged President Higgins to change his mind”.