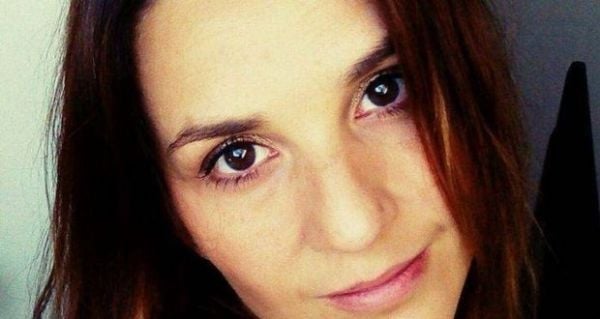 Anne Colomines lay dead on a bloody floor beside her husband Renato Gehlen, who had a knife sticking from his chest, when members of the Dublin Fire Brigade entered their bedroom, the Central Criminal Court has heard.

In the bedroom, fire officers saw a Stanley knife near the skirting board and blood on the bedroom floor and walls. The knife that was lodged in Mr Gehlen’s chest was not deep and fell out as he was being moved downstairs, the court heard.

Mr Gehlen (39), a Brazilian national, has pleaded not guilty to murdering his 37-year-old French wife at the apartment they shared in Dorset Square, Gardiner Street, Dublin 1 on October 25th, 2017.

Karl Finnegan BL for the prosecution today read the statements of three Dublin fire officers to the jury hearing Mr Gehlen’s trial. Philip Ferguson said he made his way to the apartment at about 11.30pm.

He entered the bedroom where he saw a “large amount of blood” on the bed and on the floor. A man and woman were on the ground side by side. The man, he said, had a white handled knife sticking out from his chest. He was groaning, but there was no noise from the woman.

He stepped over the man to examine the woman and noted she had a number of stab wounds to her body, a slash wound to the throat and a cut on the palm of her hand.

Her trachea was still intact and she was warm, but he could find no pulse. Paramedics spent 30 minutes trying to resuscitate her, but she did not recover. Mr Ferguson said he then stood in a corner of the room to look around and noticed a black and yellow box cutter or Stanley knife on the floor near the skirting board. There was also blood spatter on the wall, he said.

Joe Crow said he noticed the male becoming “aggressive” towards gardaí when he first entered the bedroom. As Mr Crow and other officers carried the male downstairs to a waiting stretcher, Mr Crow noticed that the knife “didn’t appear to be that deep” and fell out of the man’s chest. Mr Crow picked it up and handed it to a garda.

The jury also saw CCTV footage of Ms Colomines arriving at her apartment that night and entering through a gate, followed some time afterwards by her husband. The first responders arrived at the apartment at 11.35pm.

Katarina Kristova told Mr Finnegan that Ms Colomines asked her to speak to Mr Gehlen in October 2017 after Ms Colomines had told her husband that she wanted a divorce.

Ms Kristova was aware that Ms Colomines had met another man in France that summer and was in a relationship with him. She said Ms Colomines told her not to mention the new relationship to Mr Gehlen. Ms Kristova said she met Mr Gehlen on October 16th and he “just wanted to find out if there was some other man” but Ms Kristova didn’t think he believed Anne would have someone else in her life. “He wouldn’t be able to accept it,” she said.

The witness told Seamus Clarke SC for the defence that she knew that Ms Colomines planned to bring her new boyfriend to Ireland by February 2018 and wanted him to move into the apartment where Ms Colomines lived with Mr Gehlen up until her death.

The witness agreed that Ms Colomines planned to get a job for her boyfriend that would not require him to know English. The deceased also told her friend not to mention to her new boyfriend that it rains a lot in Ireland “in case it would put him off coming”.

The witness also recalled that Ms Colomines was upset at one point when her boyfriend in France did not respond to messages. Ms Kristova said she warned her friend that the French boyfriend was “very young” and didn’t have a job.

He was ten years younger than Anne, the witness said, and at the beginning she didn’t trust him. She was concerned that the boyfriend was unemployed and had told Ms Colomines to leave her husband.

The trial continues on Monday in front of Mr Justice Michael MacGrath and a jury of five women and seven men.