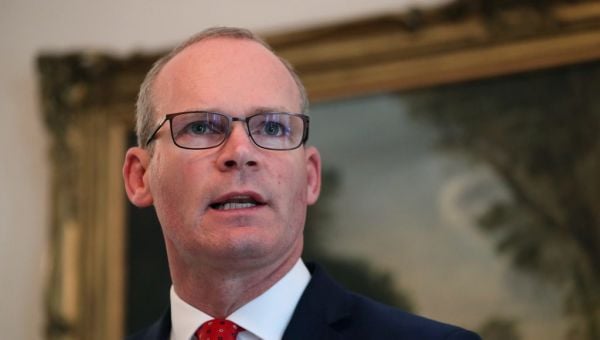 Simon Coveney is to meet a group of women who have alleged they were sexually assaulted and discriminated against while serving in the Irish Defence Forces.

The Defence Minister said those who took part in Women Of Honour, a radio documentary, accepted his invitation to meet him.

The women gave accounts of alleged sexual abuse, discrimination and harassment by other members of the Defence Forces. The abuse is said to have taken place across three decades.

The women have called for an independent inquiry into the allegations.

Women in the documentary made allegations of sexual assault and harassment by their male colleagues and senior members of the Defence Forces.

In a statement, Mr Coveney said: “I  listened with concern to the women who recounted their experiences on the Women Of Honour programme, on RTE Radio on the 11 September 2021.

“I expressed my willingness to meet with the participants, should they wish to do so, and I am pleased to say that my offer has been accepted.

“I have instructed my officials to make the necessary arrangements without delay.”

He said that an independent review will be held into the allegations.

“Terms on the establishment of an independent review are being reviewed in light of the RTE programme,” Mr Coveney added.

“I can confirm that this will be conducted by independent, unbiased personnel.

“The purpose of this independent review is to examine the effectiveness of current policies and procedures for dealing with workplace issues such as dignity, bullying, harassment, sexual harassment and discrimination.

“I very much look forward to meeting with the women profiled in the programme, and listening to their views.”