Sláintecare member ‘none the wiser’ after meeting with Health Minister 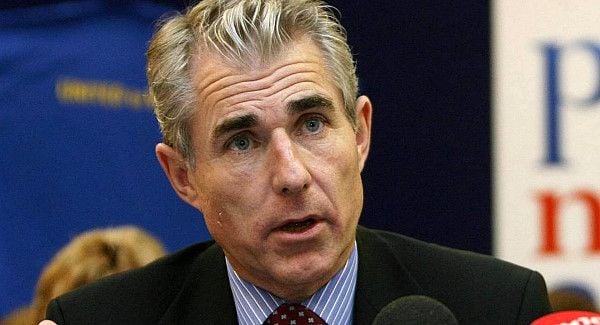 A member of the Sláintecare Implementation Advisory Council has said he is “none the wiser” following a meeting with the Health Minister as to why two other members of the Council resigned – or where the Sláintecare plan is going.

As the Irish Examiner reports, Liam Doran, a former general secretary of the INMO, was among the members of SIAC who met with Stephen Donnelly on Friday evening, the first such meeting since the resignations last week of the council’s chair Professor Tom Keane and executive director Laura Magahy.

The minister described the meeting as “productive” and that he had “outlined the Government’s commitment to the implementation of Sláintecare”, with a range of issues around the plan discussed.

Mr Doran meanwhile said of the “frank” meeting: “I am none the wiser as to why two people resigned and [have] no sense that the Government is of mind to renew and re-energise their commitment to Sláintecare.”

Mr Doran said: “We are not sure who is in charge of Sláintecare at the moment.”

Another member of the committee said the minister had expressed regret at the recent resignations, but that there was a lack of clarity over “the direction of travel” for the health reforms.

The terms of the current members of SIAC come to an end in the coming weeks and the group is expected to hold its own meeting next week, but with little sense as to what will happen after that.

It is understood that the minister was pressed at the meeting on the three main issues of contention – regionalisation, e-health and waiting lists.

A spokesperson later said the minister remains committed to decentralisation of the HSE and the development of new regional health areas as outlined in Sláintecare.

The spokesperson said there had been some “roadblocks” including the cyberattack, with regards to e-health, but progress is also being made.

The meeting was told the minister intends to publish plans around tackling waiting lists “in the near future”.

Some of the group, including Mr Doran, had called for Sláintecare to be brought under the Department of An Taoiseach, however, the minister does not intend to change this.

Mr Donnelly shared the resignation letters with the group during the meeting which lasted for around an hour and a half. It is understood the minister had asked Ms Magahy to attend the meeting, however, she was unavailable.

Prof Keane had said: “Sadly, I have come to conclude that the requirements for implementing this unprecedented programme for change are seriously lacking.”