The Nolan brothers, Chris and Jon, were superb throughout but especially in the first half when they both scored five points, one effort from Jon while on his knees a particular highlight.

Rangers scored 17 points in that first half, all from play and there was little that St Mullins were able to muster in response, the score at half-time was 0-17 to 0-7.

There was never any real sense that St Mullins would be able to significantly close the gap in the second half and Rangers could even afford for Diarmuid Byrne to miss a late penalty without it having a major impact on the result.

Make sure to check out this week’s paper for extensive coverage of this game, and also the Intermediate and Junior Hurling Championship finals as well. 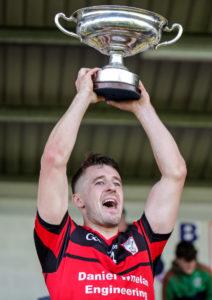