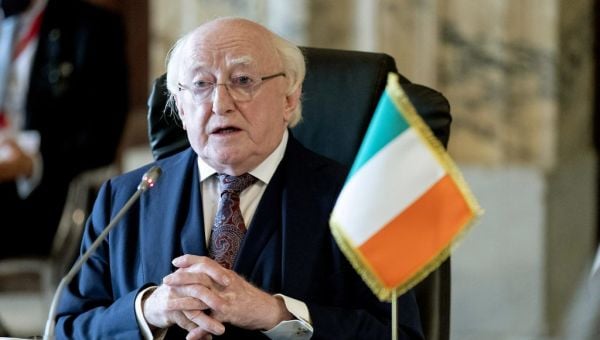 Some of the reaction to President Michael D Higgins’ decision to decline an invitation to an event marking the centenary of Northern Ireland has been “contrived and cynical”, a Belfast MP has said.

The SDLP’s Claire Hanna accused some unionist politicians of exploiting the public spat after Mr Higgins turned down the invite to a service being attended by Britain’s Queen Elizabeth II.

The South Belfast MP said Mr Higgins has “walked the walk” on reconciliation and north-south matters.

Mr Higgins has faced criticism from unionists in the North for turning down the invite to the service in Armagh, which has been organised by the four main churches in the North.

The President said the title of the event, which refers to the partition of Ireland and foundation of Northern Ireland, is not politically neutral and, as such, he feels it is inappropriate for him to attend.

A poll published in the Mail on Sunday found 81 per cent of people questioned thought Mr Higgins was right to turn down the invite.

Ulster Unionist Assembly member Mike Nesbitt said the fallout over Mr Higgins’s decision “was politics”, adding that it will not define who Mr Higgins is.

Mr Nesbitt told the BBC’s Sunday Politics show: “Unfortunately, particularly from a unionist perspective, it may define his legacy, it may contribute in a significant way to how unionists view his presidency.

“That is, for me, very frustrating because his decision and his explanation I find surprising because the President of Ireland that I know is a man who is steeped in outreach, reconciliation is in his DNA.

“That’s why I find that it so surprising. If the reason that he gave for not attending is to do with language, again I think that’s very frustrating because I don’t believe for a moment that it wouldn’t be possible for his team, using the back channels that must exist, to quickly and quietly resolve those issues of language.”

Mr Nesbitt said it was an “unnecessary” and “deeply regrettable” public spat.

Ms Hanna, meanwhile, said the response from unionist politicians has been “very contrived and very cynical”.

She added: “Others who have denigrated north-south and reconciliation for decades and who have said no to more things than we have time to list, who are imputing Michael D Higgins’s motives and making it a bigger issue than it is.

“I don’t think Michael D Higgins really has to prove himself to anybody, he has walked the walk on reconciliation and on north-south, and on the Shared Island Project and throughout his term.

“As an elected representative he’s entitled to weigh up the events that he attends.

“I think it has been exploited, I don’t think it needs to cast a fall over how we handle other north-south or reconciliation, or even commemorative events.”

Mr Nesbitt also claimed that remarks made by Mr Higgins about the DUP broke protocol.

Mr Higgins challenged the DUP’s criticism of him for turning down the event by saying there has not “been a great deal of traffic” from party members to the Republic.

“Could you imagine Queen Elizabeth making critical remarks about Fianna Fáil or Fine Gael and that is very damaging,” Mr Nesbitt added.