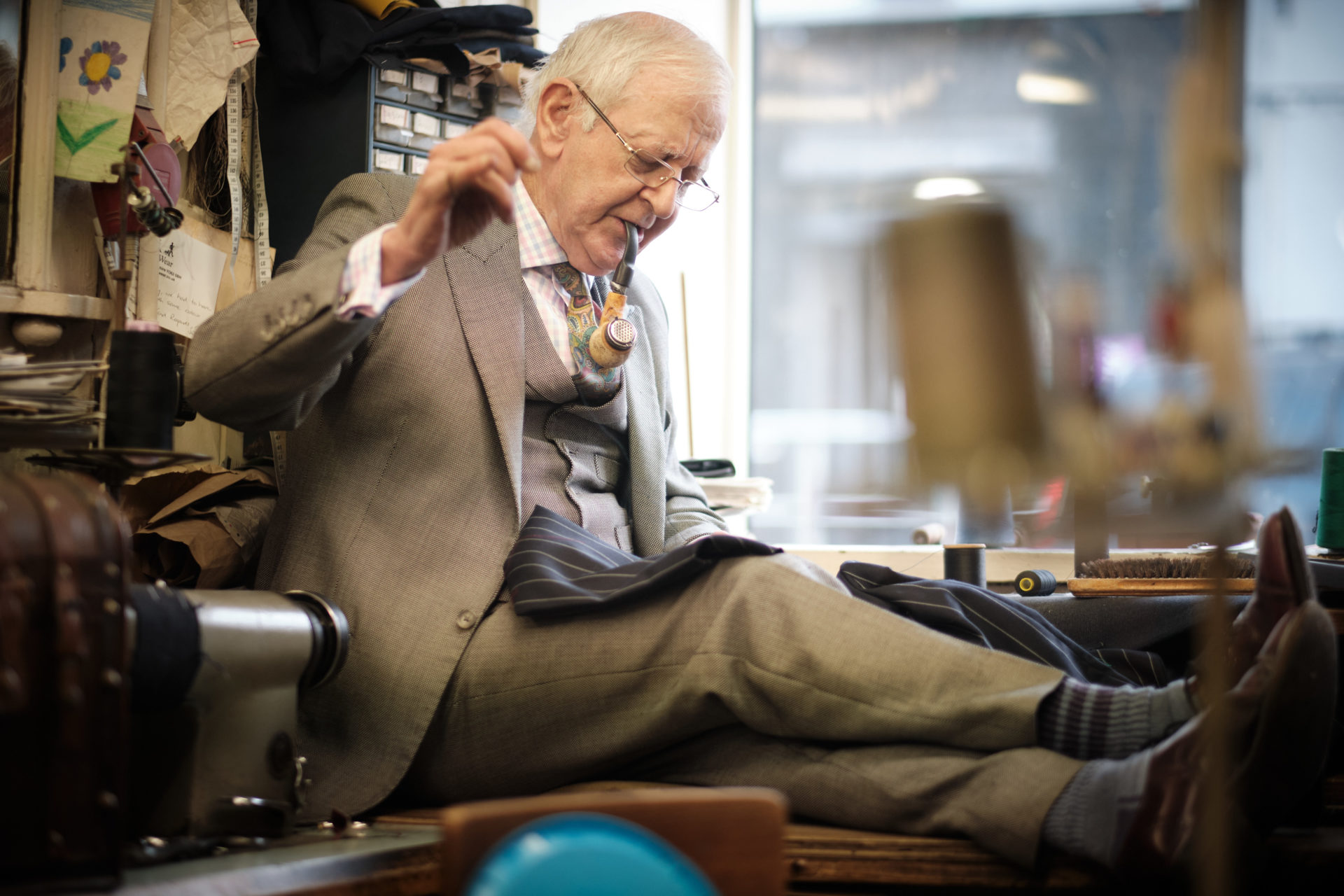 AN unexpected flood, an apprenticeship in the dark streets of London and the indispensable Tailor’s Goose are among the recollections of the charming, pipe-smoking 75-year-old Michael Johnson, a fifth generation tailor based in Tullow, Co Carlow.

Michael features on a new ***Vanishing Ireland*** podcast series, which is supported by SuperValu and features profile interviews with elders of Irish society by historian Turtle Bunbury.

In the podcast, Michael recounts some of the remarkable scenes he’s witnesses from his window seat in the tailor’s shop and the contentment of working alongside his son.

Available on Spotify, Google and all podcast channels, ***Vanishing Ireland*** is a podcast series of interviews with Ireland’s over-70s, celebrating their life stories, challenges, courage, kindness and humour. The series documents the very often extraordinary lives of our older population in a way that celebrates the past while informing younger generations in shaping the future. The 2021 series will highlight a wealth of humour, resilience and wisdom from Ireland’s elders.

Created in audio format, Turtle discusses life and its learnings with people across Ireland, saving and celebrating their voices for future generations.

“Introducing the voices of ***Vanishing Ireland*** to the podcast generation has been an entirely new departure for our elders, but has been deeply exciting and very much in keeping with our aims,” explained Bunbury.

“I feel very honoured to have had this time with Ireland’s elders and to chronicle their unique and fascinating stories. We hope everyone enjoys listening to the series as much as we have enjoyed creating it,” he added.

SuperValu marketing director Ray Kelly said: “The ***Vanishing Ireland*** project has a robust track record in championing local heroes and strengthening the bond between the generations. SuperValu understand inter-generational communities who are diverse and inclusive, as we are lucky to see it every day in our stores and in campaigns such as Tidy Towns, which brings everyone together. We are excited to hear the series air with the extraordinary people Turtle has interviewed.”

The mission of ***Vanishing Ireland*** has always been to preserve the stories of the older generations, bringing to life the world that grandparents knew in a manner that appeals to a 21st century audience.

It hopes to inspire children and grandchildren to listen to the stories of their own parents and grandparents, as well as older friends and neighbours, creating a record of memories for future generations.