CARLOW GAA football team manager Niall Carew will not be putting his name forward to replace Jack O’Connor in his native county of Kildare, the Carlow Nationalist understands, as he is fully focused on preparing the Carlow team for the upcoming 2022 season. 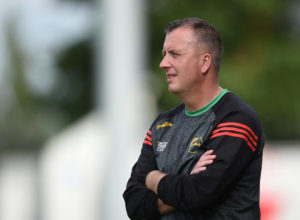 Kerryman O’Connor caused a stir in Kildare at the start of this month when he departed his position of manager of the county’s senior footballers. Former Westmeath manager Tom Cribbin, former Wicklow manager Davy Burke and former Leinster winning captain Glenn Ryan are considered the frontrunners for the job but Carew has also been mentioned locally as a potential successor.

As somebody who spent five years as part of Kieran McGeeney’s management team in Kildare before taking over the hot seat in Waterford and Sligo and then Carlow, Carew’s appeal to his home county would be obvious but the Carlow Nationalist understands that he has no intention of putting his name forward for the position, and remains fully committed to his role as Carlow manager.

The football championships in Carlow begin this weekend and Carew is sure to keeping an eye on proceedings with a view to possibly strengthening his squad ahead of the new season.