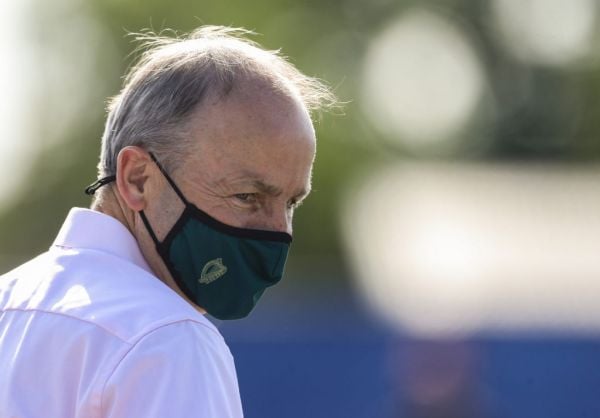 A pandemic bonus for frontline staff could see both retail and health workers receive a combination of payments and time off.

Taoiseach Micheál Martin has suggested that retail workers will be included in efforts to mark the contribution of frontline workers during Covid-19, according to The Irish Times.

Speaking today in New York, Mr Martin said the Government is exploring a combination of measures to award workers, amid the development of next month’s Budget.

Asked if there should be a reward across the board for public servants and how the Government would find the money to pay for it, Mr Martin said the Minister for Public Expenditure Michael McGrath has been engaging with “the partners and unions on this issue.”

“We want to reflect the contribution that people have made during Covid-19 particularly frontline workers,” he said.

“And those frontline workers have been in many sectors, not least in retail, for example, right from the beginning and commencement of the pandemic.”

Mr Martin added: “It will be challenging, but that is something that we are working towards energetically and proactively.”

On whether it would be a monetary reward Mr Martin said: “I’m not going to get into specifics, we’re going to have further engagements with the sectors, and it could be a combination of approaches.”

Earlier Mr McGrath warned the cost of extra pay or leave across the public sector as a reward for service during the pandemic could top €1 billion.

He said there is a “significant cost” associated with the claim lodged at the Labour Court by the Irish Nurses and Midwives Organisation and the other health worker unions for 10 days leave across the health services.