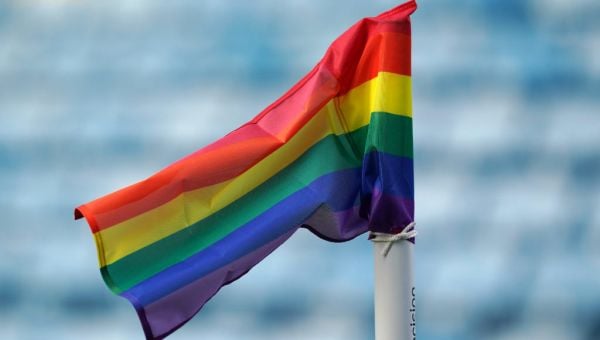 A top player coming out as gay is needed to turn the tide in the battle against homophobia in men’s football, according to the treasurer of a prominent LGBT+ supporters group – who also warned it could take another decade before it happens.

While women’s football has a number of openly gay players, there are currently none within the English men’s professional game at present.

The lack of representation to date means the first man to make such a public announcement would be swarmed by media coverage.

But George Rice, the treasurer of Gay Gooners – an official Arsenal supporters club and the first LGBT+ fans group in Britain – believes that the first player to come out would also pave the way to stamp out homophobia within the sport.

“It is the dream of anyone who’s been involved in LGBT inclusion in football to see an openly gay player in the men’s game,” he told the PA news agency.

“There are plenty in the women’s game but I think the men’s game would be able tap into that audience and create a safer place for supporters who are not comfortable being an openly gay football fan. It would help stamp out the remaining prejudice.

“But I think the sad truth is that any player that did come out would get a level of abuse that is obviously unacceptable – it is something that would have to be considered.

“In an ideal world you’d have multiple players coming out together because, statistically, there’s bound to be more than one.

“If you had multiple players coming out together with team-mates behind them saying, ‘we know you and we don’t care, you’re just a team-mate’ – that would hopefully garner more positive reaction.”

Rice, though, admits he cannot see a player coming out any time soon as he highlighted social media as the main area where homophobia in football needs tackling.

“It should absolutely happen as soon as possible and in an ideal world there would be no backlash when it does,” he added.

“I think we are starting to see quite a positive change in the last few years with players starting to really go on to educate themselves on these issues – Hector Bellerin is a fine example of that.

“As a new generation comes through there is much less of an issue and there’s much less of that kind of toxic masculinity within the dressing room, I think, but I do think we’ll probably be waiting another five or 10 years for a player to come out as gay.

“Homophobia, quite similar to racism, we don’t hear as much in the stadiums but the vast majority really seems to have moved online now and that’s where the issue needs to be targeted a lot more.

“If I’m honest, from my point of view, the main groups that are mainly responsible for failing to live up to their responsibilities are these social media companies.

“So many times where we’ve kind of had to report a comment and it’s not entirely clear what happens with that comment and the comment just stays up.

“All these campaigns are brilliant I think they’re doing a lot of good to raise awareness I think the match-going atmosphere has improved drastically over the last 20 years but in terms of online there’s a lot more that social media companies need to be doing.”