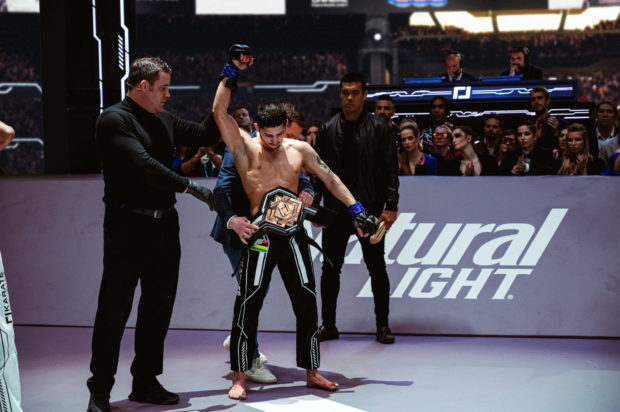 THE ancient art of karate has long been a tradition in the Carlow area, with many athletes representing their club and country at world level over the years in the many different championships that are available. One such practitioner is Eoghan Chelmiah of the Askea Karate Club. Since walking through the doors of the dojo at four years old, his dedication to the art of karate has seen him excel at world and national level, winning numerous national, European and world titles. Over the years Eoghan continued to build up his arsenal by taking up other martial arts, constantly searching for ways to improve his skills, technique, and overall knowledge of the art of fighting.

The exemplary work ethic displayed in his training also transferred across to his academic life. Throughout his years as an undergrad at the Institute of Technology Carlow, Eoghan represented the college in boxing and Taekwon-Do, winning national titles in both disciplines. Eoghan is currently pursuing a PhD ­­­­in electronic engineering.

When the emergence of Covid forced the temporary closing of all clubs and training facilities, Eoghan returned to the old-school style of training outdoors and using whatever equipment was available; fields became running tracks, tires became strike bags, the garden became a dojo, and all the while Eoghan continued to train as hard as ever.

Eoghan’s hard work paid off when earlier this year he got the chance to showcase his skill in a qualifier fight for Karate Combat, a full contact karate promotion with a unique ruleset inspired by the traditional Okinawan art. Eoghan’s fight took place during the first event of season 3 of the promotion, and he started his career off with a third round KO against Kevin Azouz of France, securing himself a multi-year professional contract. His next fight saw Eoghan face Moulay Oudoud, where Eoghan outpaced and outworked his opponent for three rounds to win by unanimous decision. Earlier this month, Eoghan took on Ilies “The Madman” Mardhi for the new bantamweight title in a five-round thriller. Ilies was the more experienced fighter, having been signed with Karate Combat since season 1, and he was a tough and evasive opponent, but after five rounds of combat Eoghan came through as the victor, securing his place in Karate Combat history as the promotion’s first bantamweight champion, as well as the first Irish fighter to earn a Karate Combat belt.

Despite success in other combat sports, Eoghan’s heart has always been in karate, and although getting the chance to enter the world of professional karate was a leap into the unknown, it has been an exciting and rewarding experience. A culmination of 20 years of hard work and dedication, starting off competing in sports halls and venues here in Carlow to having fights broadcast worldwide on Eurosport and CBS Sport, Eoghan’s journey has certainly been an example to all young martial artists around the country of what one can achieve with consistency, perseverance, and an indomitable spirit.

We’re all looking forward to seeing what challenges Eoghan will face in season 4 of Karate Combat, and to see who will challenge this Celtic warrior next.