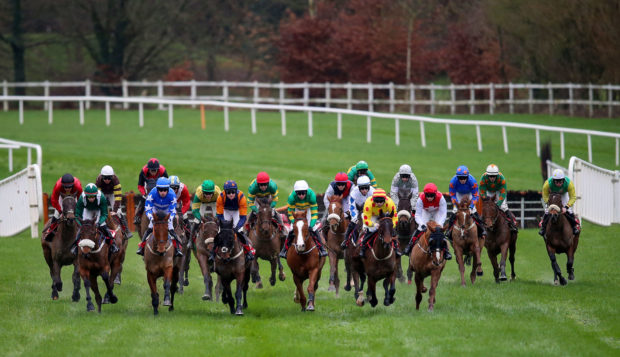 Gowran Park stages the second of two consecutive days of action on Saturday afternoon with Champion Chase heroine Put The Kettle On the star of the show. The action at the track gets underway at 1.00pm with an eight-race card for punters to enjoy. The ground is good to yielding at the track and here is a preview of the the action with the race by race guide.

Stand Staunch shaped well when second at Killarney last time out and commands respect. However, preference is for Iberique Du Seuil. The three-year-old makes his first start for Gordon Elliott and is a half-brother to smart hurdler Heross Du Seuil. The son of Spanish Moon was narrowly beaten on debut at Vichy in France and looks primed to go close here.

The Henry De Bromhead-trained Helisone cost €28,000 and is an interesting newcomer. However, preference is for Bite That. He posted a career best when a good second at Listowel over three miles last time out. The drop back in trip is an interesting decision by connections and he should go close here.

Hopefully was a good third at Galway in September and the trip of three miles probably stretched his stamina when pulled-up on his latest start. He is taken to make amends here.

The progressive Kilashee is chasing a three-timer and commands respect, but preference is for the top-weight Tullybeg. He stayed on to good effect to score at Navan last time out and he can defy a 1lb rise in the weight, with Jordan Gainford’s handy 5lb allowance an added bonis.

The Willie Mullins-trained Royal Rendezvous defeated Easy Game in the Galway Plate last time out and he looks sure to again go close here. However, Put The Kettle On is hard to oppose. The 2021 Champion Chase winner showed plenty of guts to land that event, her fourth success at Cheltenham and this looks a good starting to point. Whilst Henry De Bromhead’s charge is likely to need this outing she still looks tough to beat.

Selection: Put The Kettle On

JP McManus has a number of chances including Marshalled and Cerberus. However, O Connell Street is in fine form and is taken to record a third win from four starts despite going up 3lb for a win at Perth last month.

Fully Charged was second at Tipperary in May and is open to more progression over fences. However, Definite Plan ran well at Kilbeggan when a good second at Kilbeggan last time out and there is more improvement to come after just two runs over fences.

Spades Are Trumps loos tough to beat. Set to be ridden by Mark Walsh, the eight-year-old recorded a first success since November 2017 when scoring at Kilbeggan on his latest start and with newfound confidence he is taken to defy a mark of 123 and land the finale.