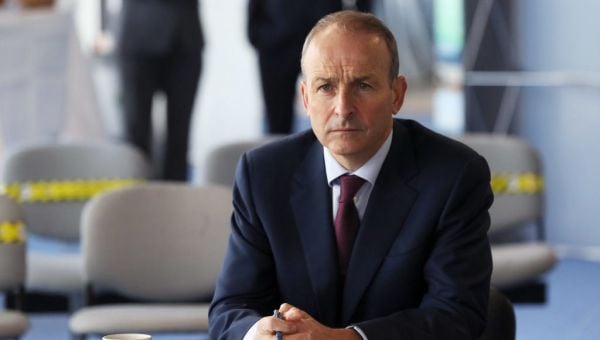 The Taoiseach has described Ireland’s new national development plan as “unprecedented in scale” and one that will shape Ireland’s response to the housing crisis and the challenge of climate change.

The new plan, described by ministers on Monday as “gigantic”, promises €165 billion in funding for a range of projects over a 10-year-period.

Taoiseach Micheal Martin said: “This is an important day in what has been an exhaustive and comprehensive review.”

He added: “The plan gives clarity about Government investment over the next decade.

“We will respond to the housing crisis, we will react to the climate emergency.”

Mr Martin promised that the national development plan would “drive the next stage of our post-pandemic recovery”.

“We will enable the transformation of our health service, delivering the investment framework necessary for the implementation of Slaintecare,” he said.

He also announced fresh funding to support cross-border projects on the island of Ireland up to 2030.

The NDP will play a significant role in addressing the opportunities and challenges over the coming years on issues including:
✅Covid-19
✅Brexit
✅Housing
✅Health
✅Climate Action
✅A population projected to grow by 1 million people between 2016 & 2040https://t.co/UcROkg9Skp pic.twitter.com/buNwgD1BzW

The Irish premier said the plan would deliver “regionally balanced growth” to the country.

In recent days focus has been on certain road projects, as well as whether there would be clarity in the plan on when the stalled Dublin MetroLink project might be completed.

The plan says that the completion date for the project, which will consist of a 19km railway service between Swords and Dublin city centre, still has to be confirmed.

Tanaiste Leo Varadkar said that significant progress had already been made on various projects, even against the backdrop of a pandemic.

“This isn’t simply an updating of the last NDP. Rather, it’s a strengthening of the plan,” he said.

“We will borrow to invest in public infrastructure, in schools and healthcare and housing.

The NDP ➡️ targeted investment of €165 billion in Housing, Climate and:
🚎€13bn in transport
🏥€5.7bn in health
🏫€4.4bn in education
📚€2.9bn in higher education
🚿€6bn in our water services infrastructure
#Ireland2040 https://t.co/UcROkg9Skp pic.twitter.com/pu0cYtJvtt

“In climate action, trains, buses and roads. And I’m convinced that this is the right approach.”

He said the plan would deliver new opportunities to rural Ireland.

“I think the pandemic has illustrated the real potential that rural Ireland has for the 21st century.”

Earlier, the Minister for Public Expenditure and Reform said the government will “honour” its commitment to a two-to-one spending ratio on public transport to roads as part of its National Development Plan.

Michael McGrath said public transport needs “transformative change”, which he said is provided for in the government’s revised plan.

“This Plan reflects our priorities and ambitions for Ireland as we emerge from a once-in-a-century pandemic, learning from that experience and building on the positive changes and new perspectives that have emerged” @MichealMartinTD #Ireland2040 https://t.co/UcROkg9Skp pic.twitter.com/1xY7LD5d1W

Mr McGrath said it will be the largest public capital investment programme in the history of the state in transport and housing.

It plans for transport projects worth €35 billion euro up to the end of the decade.

“We are looking at a transport capital budget of €35 billion out to 2030, and there are a whole range of projects at different stages in the project development life cycle.

“What I want to see now is an element of competition, whereby all of those involved in promoting and sponsoring these projects get them through all those various stages to the point where they are ready to go.”

He said the ratio still allows funding for road projects to be advanced.

“I mean, for example here we (have) Dunkettle Interchange being built in Cork, the N22 and other projects are in the pipeline, which will also be delivered,” Mr McGrath added.