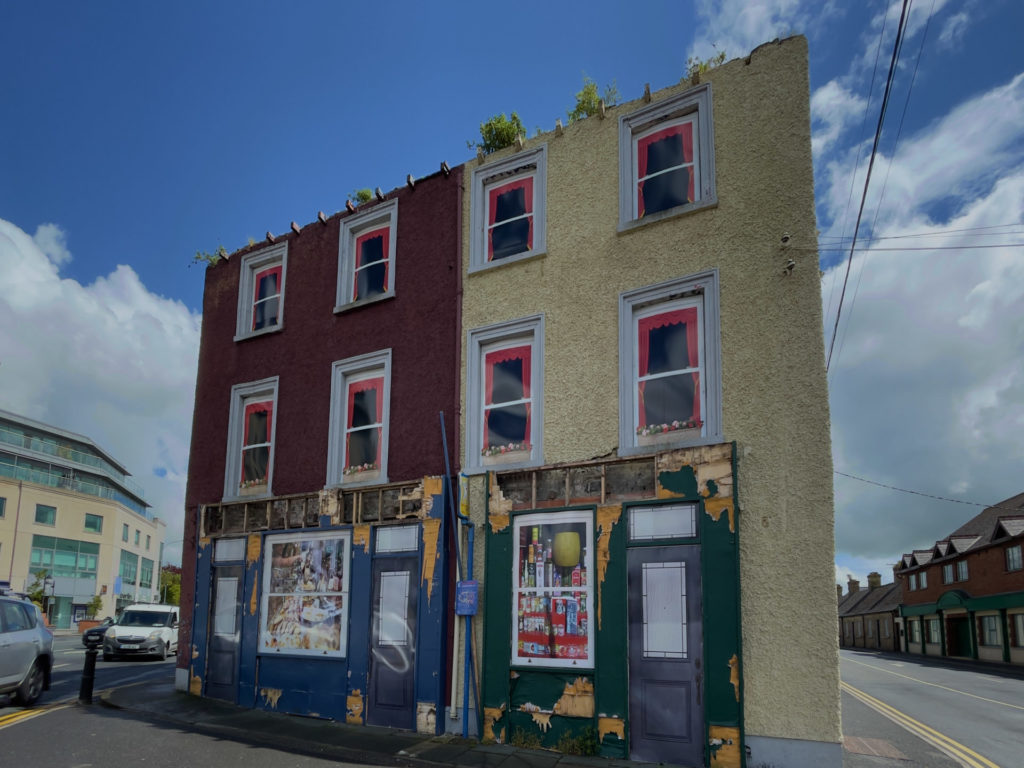 A building in a state of disrepair on Shamrock Square in Carlow                Photo: michaelorourkephotography.ie

Cllr Browne was speaking at last Thursday’s meeting of Carlow Municipal District, as the topic of derelict properties in Carlow town, despite the housing crisis, was once again discussed.

Cllr Browne suggested that in cases where derelict properties are not restored, the council should be “in a position to do it ourselves”.

Director of services Michael Rainey confirmed that the council had being looking at properties on Burrin Street, but said there were challenges in terms of CPOs, “often way beyond the resources we have at the moment”.

He added that there were also huge challenges for private owners to bring these properties back.

Cllr Browne asked about the repair and lease scheme, with senior executive officer Brian O’Donovan confirming there has been “a good take up” on the scheme.

Mr O’Donovan added that the ‘buy to renew’ scheme had also yielded results, with the council purchasing three properties in recent weeks – getting “rid of dereliction and getting families in”.

“I would ask people who have properties they can’t offload to come in and talk to us,” said Mr O’Donovan.

Cllr Fintan Phelan welcomed the work on Granby Row, which is near completion and will have “four families back in there”. This point was echoed by cllr Andrea Dalton, who stated that residents in Granby Row were delighted to see a derelict eyesore now restored and back in use by families.