Carlow rider shows age is but a number with dressage qualification 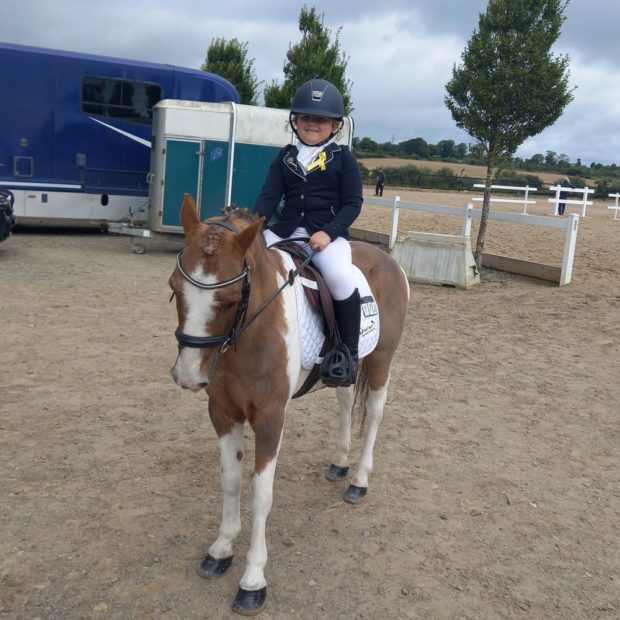 Six year old Tilly Smyth received an award for being the youngest rider that qualified at the national championships that were held in Barnadown, Co Wexford recently.

Tilly from the Ridge, Old Leighlin competed in the mini trailblazer class which features riders under the age 12. Tilly was the youngest competing by two years.

To qualify, the youngster had to secure scores of a certain level at two national events to qualify for the championship. She went on to place 6th overall with her 25 year old pony Tin Tin in the event where riding skill and accuracy is tested.

Tilly is the daughter of proud parents Samantha and Niall. Reared around horses, Tilly started riding when she was three was and began competing a year later. Tilly’s sister Heidi. Age 11, is also involved dressage and previous won the mini trailblazers section in 2019.