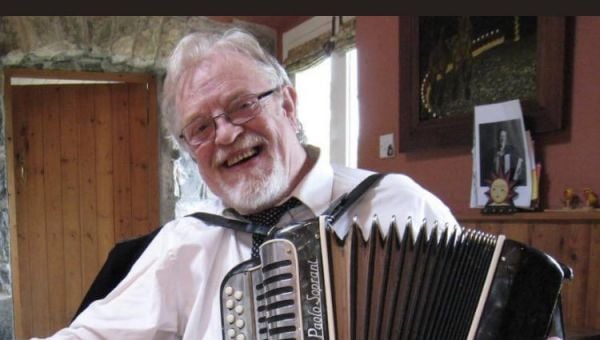 The President said Mr McMahon was “one of Ireland’s iconic presences among musicians”.

“It is with great sadness that the music community will have heard of the passing of Tony McMahon,” Mr Higgins said in a statement.

“Tony brought to performance in so many forms, places and venues the talent of a maestro. To hear him play ‘Port Na bPúcai’, for example, was to feel transported into another world,” he said.

Statement on the death of Tony McMahon. “To hear him play Port Na bPúcai, for example, was to feel transported into another world.” https://t.co/WpQBmOTXXW

Though he released only a handful of albums over the course of his career, his influence on traditional music over the last 50 years has been far-reaching.

For nearly 30 years, he made music programmes for both RTÉ radio and television, including The Long Note, The Pure Drop, and The Green Linnet, where he championed the work of dozens of other influential trad performers.

In 2019, a TG4 documentary film Slán leis an gCeol was produced about his life.

Mr Higgins added that Mr McMahon’s “commitment to traditional music and to the friendship of his fellow musicians was full of integrity”.