Naomh Eoin may have flattered to deceive this year but the intercounty keeper maintained his form throughout the entire championship. He does the basics well, solid under the high ball and a good distributor. He gets scores too, picking off three long range frees against Ballinkillen in the group stages.

The championship winning captain leads by example. In a one to one situation his pace sees him win an ocean of ball. When in possession he invariably off-loads accurately to colleagues.  From a situation where they are under pressure Rangers can turn defence into attack thanks to their captain at the other end. 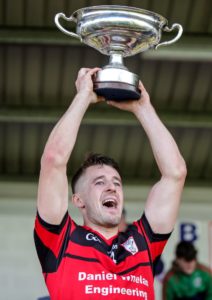 He was on the team which won a first ever senior hurling title in 2006 and has been an ever present since then. Who said he was slowing up? The evidence would suggest otherwise and throughout the entire championship this year he has stood tall and strong against all that was thrown at him by the best forwards in the county. It looks as if he is going to go on forever.

Another intercounty player who has excelled this year. It has been tough on St Mullins who have been unable to consistently call on some of their best players throughout the championship campaign. The corner back didn’t see out a full campaign either but his sticky marking ability and his distribution rank him as one of the best defenders in the county. 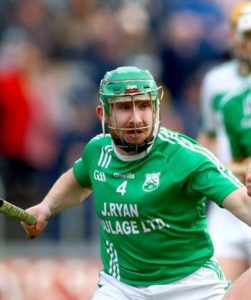 Pressure of work saw the Rangers defender opt out of intercounty fare this year but for Rangers he has been immense. He was the rock on which so much of the opposition attacks perished on. He has an ambling style which conceals his ability to get around the field quickly while his intelligence whether in possession or closing down an attacker serves his club well.

He started his career as a dynamic and pacey forward but in recent years has found himself in defence for club and county. That speed of foot has been brought to good use  where he has marked and diminished the contribution of some of Carlow’s best forwards. He did really well when marking Chris Nolan in the semi-final but in many ways placing a player of his stature in defence is a bit like robbing Peter to pay Paul when he could be used in attack. 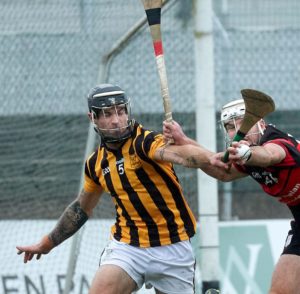 Naomh Eoin’s Ross Smithers speed of foot has been brought to good use in defence Photo: michaelorourkephotography.ie

The long serving centre-back for club and county continues to produce every year. It has been a tough season for him and his club where injuries and attempting to bed in players diminished Ballinkillen’s ability to make an impact in the championship. Yet, this intercounty star continues to produce performances where his stickwork, his ability to make that intercept and hook, has stifled many an opposition player when they thought they were breaking away from the defender’s attention. 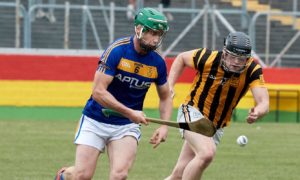 Here is another player who plied his trade up front for many years but now has since found himself in the engine room of his side namely the midfield area. The number nine is certainly in a glamour but tough position but the youngest of the four Cody brothers has settled in well. He is fierce in his quest to win possession. No quarter is asked or given. On the ball he is constantly looking to make the decisive distribution while he loves to cut out space which opposition ball carriers look for.

It is hard to know where this player is best situated.  He is totally comfortable operating between the two 45 metre lines.  Whether it is doing the mundane work of defending or linking with players further up the field he is so cool. He has a tremendous eye for the ball and has the potential  to find players with a deft pass which completely wrong-foots his markers. He is always good for a score too.

His 2-6  against St Mullins and 1-4 against Bagenalstown Gaels in the group games only tells a very small piece of this story. The Rangers forward has established himself as an automatic choice on the team where he can be brilliant one minute or winning dirty ball the next. Not surprisingly his point in the county final when he found the posts while falling on the ground had many and admiring views on social media.

You don’t ruffle this man’s feathers too easily. When it comes to winning dirty ball the older of the Byrne brothers is the go-to man. If Rangers want to take another route then Eddie’s size and ball winning ability successfully sees him used as a target man. He is also a sweet striker and picks off some fabulous  scores either from distance or from tight angles.

Eddie Byrne’s ability to field the ball is one of many skills that make Mt Leinster Rangers man such a potent attacker Photo: michaelorourkephotography.ie

He scored 2-10 in first round against Naomh Eoin and from there he was one of the stand out forwards in the entire championship. His ability to win ball and off-load to colleagues is excellent. Whether it is from placed balls or from play his accuracy from all angles and distances saw him help steer Bagenalstown Gaels to the championship semi-final.

His 0-7 in the county final win against St Mullins underlined a fabulous season for a player who went on to clinch back to back Man of the Match awards in senior deciders. Not as prolific scorer in the lead-up to the final his lethal pace and ability to secure possession created any a mountain of space for his colleagues to punish defences as the club went through the championship with a 100% record.

It could be argued the senior and intermediate grades are light years apart and that is a fair enough comment. Then again Amond has been a massive influence in the successful Naomh Bríd team which won the intermediate title this year.  The intercounty player is a great competitor who fights for every ball.  Some of the scores (1-2 against Rangers in the semi-final) he has picked off,  as well as his off-loads,  have been nothing short of exceptional. 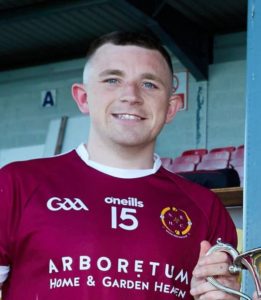 Aaron Amond had a massive influence in the successful Naomh Bríd team which won the intermediate title this year Photo: michaelorourkephotography.ie

By his own standards this was not his greatest season.  He missed the first two matches of the campaign because of injury. His return in the third round saw him score 1-6 against Naomh Eoin while his competitiveness and sheer will set up the winning goal  in that game. In further matches he continued to be his side’s most dangerous forward and it could be argued that without him St Mullins might not have made the final this year. 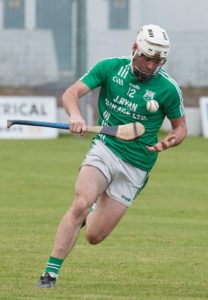 It could be argued that without Marty Kavanagh St Mullins would not have made this year’s SHC final Photo: michaelorourkephotography.ie

Other players who had excellent campaigns include Craig Wall of Ballinkillen. Paudie Kehoe and James Doyle of St Mullins also. Their club colleague, Ger Coady, bullied his fair share of opposition forwards as the intercounty player continues to get better each year. Michael Kavanagh and Adam Kenny had excellent campaigns. The Bagenalstown pair of Jack McCullagh and Andrew Kane might not have won a senior title but they can look back on their contributions with pride in 2021.

Gary Lawlor is one of Mt Leinster Ranger’s favourite sons and his style won him much ball while he has settled well into a side who could do well in Leinster this year. Former dual intercounty player, Garry Kelly, is comfortable in the full-back and half-back lines.

Overall it has been a good year for club hurling in Carlow. Bagenalstown Gaels are coming and coming. Naomh Bríd are back up in the senior ranks but will need time to bed in. Overall Rangers are worthy and undisputed champions. No doubt their star will not always shine so high.  Now the opposition have to bridge the gap.