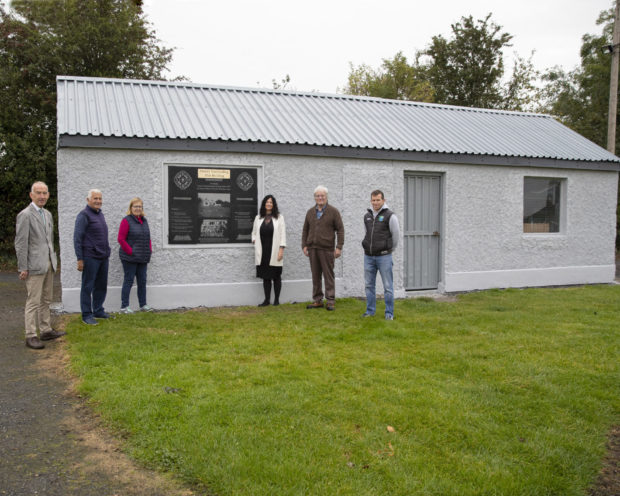 AN important part of a Tullow club’s history got a welcome facelift recently.

The old dressing rooms at St Patrick’s GAA Club in Brother Leo Park got some well-deserved TLC. The building, which was replaced by newer dressing rooms over the years, was constructed in 1958 and is currently used to store equipment.

Countless people in the community and further afield have used the facility over the decades.

The idea for the project was to give a bright makeover to a dilapidated building that was important to the club’s history.

St Patrick’s GAA received a grant of €2,000 through the Carlow Arts Office for the project, while the club also used some of its own funds.

“The old shed had gone old … frail looking, as opposed to the historic building that it is. It just needed a bit of a facelift,” said Padraig Murphy, who organised the grant.

Keeping the history alive was an important part of it, with a special slate filled with history of the club installed as part of the project. The slate also features a picture of the building when it opened in the 1950s, and one of the senior teams that won a county championship in 1959. 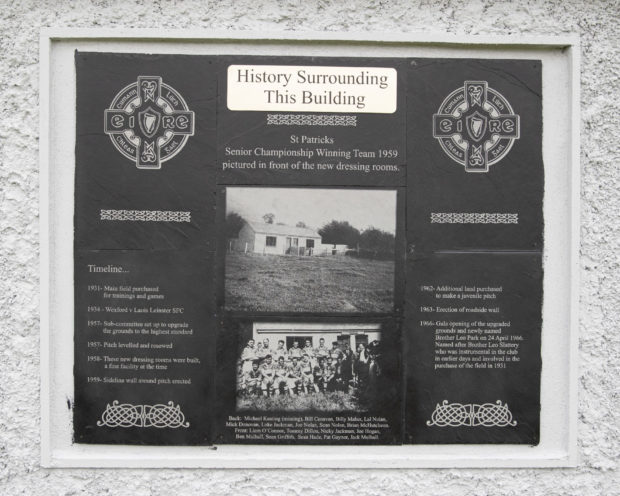 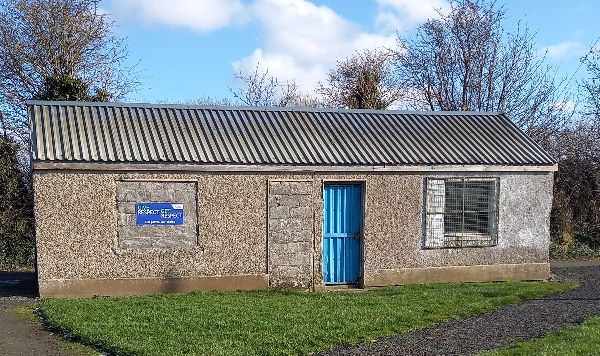 “People out walking can see how the building came to be and that it’s not just a shed at the top of the sports ground.”

Plastering work was done by John Butler, painting by Noel Goss of Rathmore Coating Systems and the special slate was created by John and Ann Duffy of Lazer Now. St Patrick’s committee members all did work on the shed, from power hosing to securing funds. Ground co-ordinator Chris Murphy and CE worker Ger Kavanagh also contributed to the project as well as other ongoing initiatives at Br Leo Park.