One man and his dog! 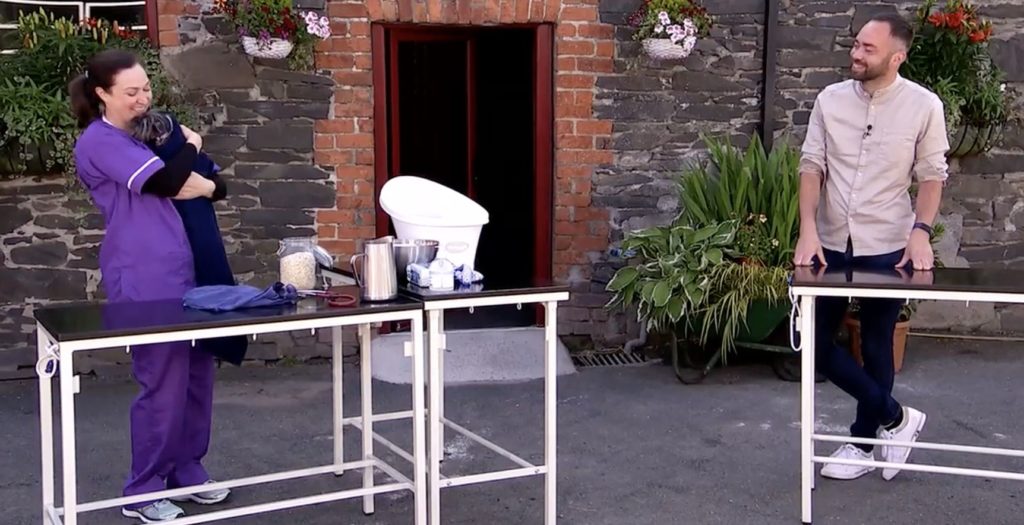 Robert and Elmo with vet Ellen Hegarty on the TV show Peataí!

WELL-KNOWN teacher, director and dog owner Robert O’Neill featured last Friday on a brand new TV show which showcases all that is weird and wonderful about pet ownership.

Peataí! is a new six-part series trotting onto our screens, welcoming Gaelgeóirí and their unusual pets from all over the country. Robert from Tinryland introduced TV audiences to his adorable dog Elmo, a unique hairless breed that requires a very specific type of skincare.

A teacher at Gaelcholáiste Cheatharlach when not caring for his dogs and competing at various international dog shows, including the world-famous Crufts, Robert is also director of local theatre production company Striking Productions.

Striking Productions recently announced the return this Christmas of their annual festive extravaganza, the aptly-named Freezin – the quare cold panto at the George Bernard Shaw Theatre this December.

While the show will be staged with a reduced number on stage in compliance with regulations, the Striking Production team are absolutely thrilled to be back, with rehearsals now underway.

Peataí! screens on Fridays at 7.30pm on RTÉ One. If you missed Robert and Elmo’s appearance, you can catch up with them on the RTÉ Player The programme is made for BBC Gaeilge and RTÉ by Big Mountain Productions, with support from Northern Ireland Screen’s Irish Language Broadcast Fund.