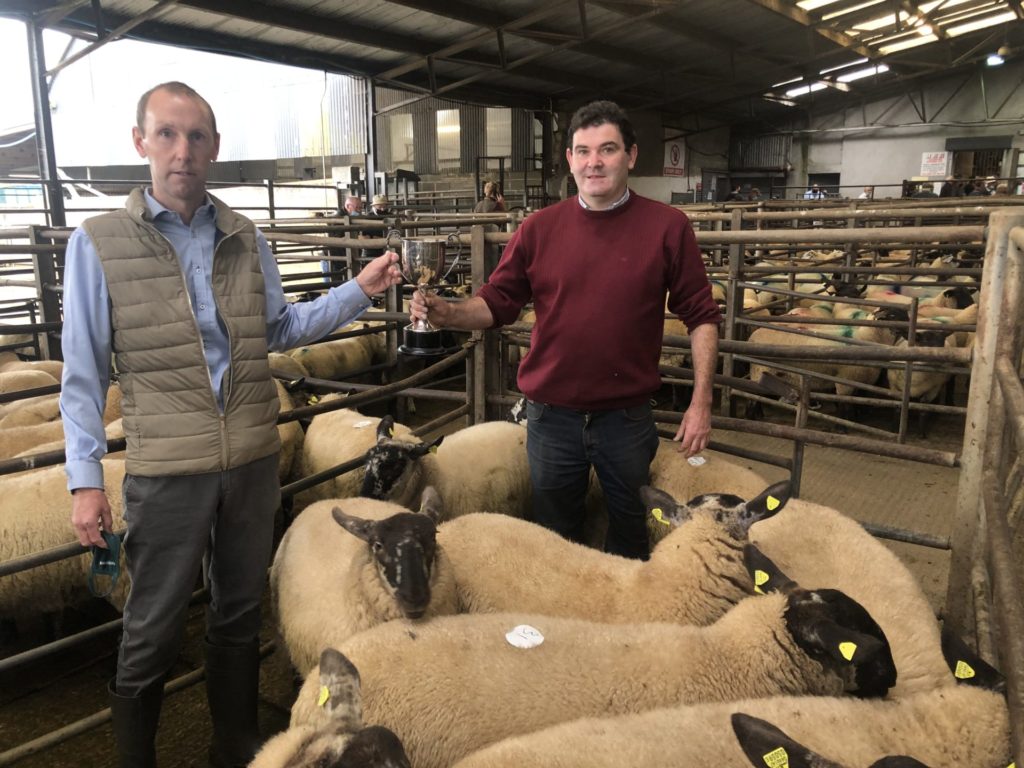 The Patrick and Peter O’Byrne (Clonee) Cup for the best pen of ten Cheviot ewes two-years and upwards was won by Pat Dunne from Hollywood, which fetched €180/head. Second prize went to Niamh Hennessy.

The Peter Goslin Memorial Cup for the best pen of ten Suffolk x ewe lambs consistently draws the biggest entry and, as always, the standard was extremely high.

Tom Dunne, Hollywood took first and second prize in the Brady Cup for best the ram.

Overall champion pen of ewes and the late Philip and James O’Neill Cup was awarded to John Driver, Rathangan.

The cup for the reserve champion pen of ewes was presented by Liam and Thomas Keenan and the winner was Charles Fenton, Donard.

The overall champion pen of lambs and winner of the Andy O’Neill memorial cup was Peter Behan, Ballinglen.

Reserve champion pen of lambs, cup presented by the representatives of the late Michael Eoin Fogarty, was won by Mervyn Griffin, Kilballyowen.

On behalf of the Aughrim Sheep Breeders’ Association, Seán O’Neill and Alan Kinsella thanked all of the sponsors, who kindly and continually support this reputable event, which showcases the fine stock in Aughrim and surrounding areas.

They also wish to thank Carnew Mart for hosting the sale.