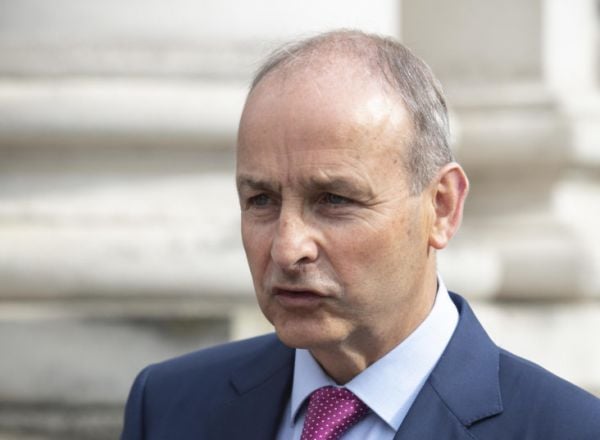 The Taoiseach has described the EU’s proposals to tackle issues around the Northern Ireland Protocol as “the obvious way forward”.

Measures have been announced by European Commission vice president Maros Sefcovic aimed at tackling disruption caused by the protocol.

They are expected to bring an 80 per cent reduction in checks for retail agri-food products arriving in Northern Ireland from Britain.

“I trust that it will now be the subject of serious engagement with the British Government and form the basis of a jointly agreed solution to those challenges,” he said.

“Such an outcome is very much in the interests of both the EU and the UK, but most especially of the people and businesses in Northern Ireland.”

Mr Martin said no-one should be under “any illusions” about the importance of keeping all aspects of the Good Friday Agreement in place, and had emphasised this to UK prime minister Boris Johnson.

Mr Martin added that the European Commission had “demonstrated imagination, innovation, and also a listening ear to the people who matter, the people in Northern Ireland who are on the ground dealing with these issues”.

Minister for Foreign Affairs, @simoncoveney, has strongly welcomed the publication of EU proposals in relation to the Northern Ireland protocol.

“This is a major effort by the EU to address concerns raised around the protocol,” he said.

“The European Commission has listened to the concerns of the people of Northern Ireland and has produced far-reaching proposals that comprehensively address the practical, genuine issues that matter most to them.

“These proposals represent a real opportunity for Northern Ireland. People in Northern Ireland – especially those in the business community — want the protocol to work well.”

He added: “We welcome David Frost’s comments that he will engage seriously, fully and positively with the commission.

“The package provides a pathway to resolving all the outstanding issues. Now is the time for the UK Government to engage constructively on the practical solutions being put forward by the commission to the issues that matter most to the people of Northern Ireland.”