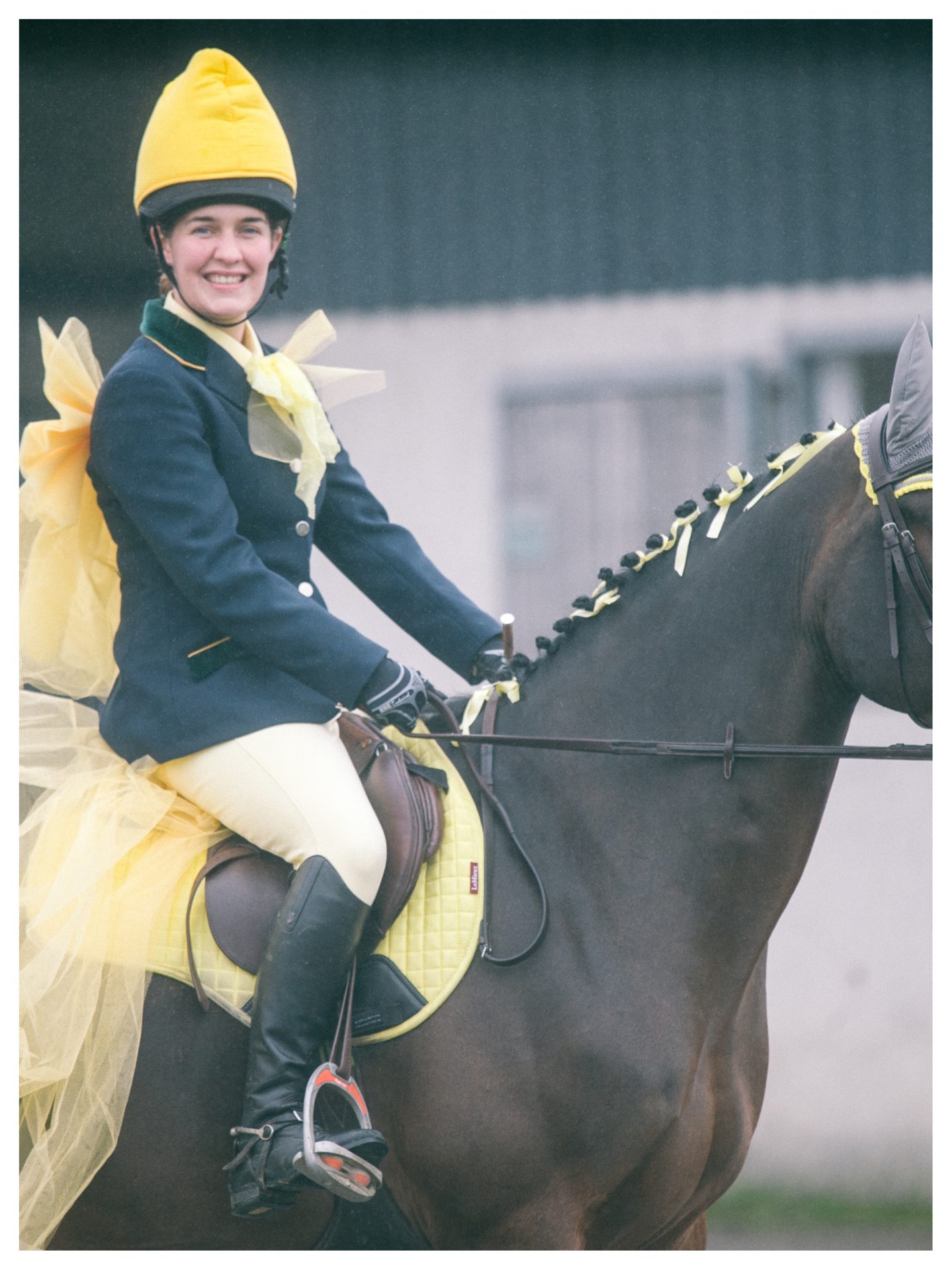 GENEROSITY and spirit were the order of the day at the third leg of the West Leinster Region Dressage League at Redhills Stud, Kildare on Saturday 9 October, writes Maeve O’Toole. Hosted by Cill Dara Riding Club, competitors were encouraged to don anything and everything yellow in remembrance of Tiggy Hancock.

Tiggy from Corries, Bagenalstown was a talented, young equestrian who tragically died in a riding accident in June. The 15-year-old’s death evoked a huge outpouring of grief and sympathy, especially for her family, parents Frank and Jane and sisters Eliza and Lucy.

A charity called Tiggy’s Trust was set up in the wake of her death, to help young riders who may not have the necessary resources to take part in equestrian events.

All profits generated at the West Leinster event will be donated to Tiggy’s Trust.

On the day of the event, the drizzle may have annoyingly persisted for the entire competition, but it did not deter competitors – 48 entries across eight classes – who responded to the yellow theme with gusto, from subtle nods such as ribboned plaits to matchy matchy sets in sunshine hues.

Liz Power of Abbeylands RC rode down the centreline with ‘TT’ clipped into the hindquarters of her mount, Kilshanny Robert.

There was a particularly poignant contribution from Kilcarrick’s Theresa Cahill, whose saddle pad was adorned with 15 yellow hearts made from a recycled rosette.

There could only be one winner to the Clippers Ireland-sponsored Best Mounted in Yellow, which was claimed by the phenomenal effort of Rathangan RC’s Abbie Walker, who home-dyed her breeches and shirt and decked the very patient If Ever A Rogue in a streaming yellow veil which, in the interests of safety, was removed before entering the warm-up arena! The best unmounted effort went to Fionnuala Lennon, who received a bottle of bubbly for her very elegant ensemble. Centrepiece Rosettes donated beautiful Tiggy’s Trust pins, which were distributed to attendees throughout the day.

Cill Dara Riding Club would like to thank Centrepiece Rosettes, Clippers Ireland, Furzvale Stables, John Harkin Metal Sculptures, and Yeomanstown Stud for generously sponsoring the day. To the judges and venue for their time, expertise and generosity and to Brian Geiβ from Sagittarian Photography, who was on hand to capture the memories. Finally, a huge thanks to each and every person who supported the show and the bake sale, which was kindly provisioned by the members, and to those who helped created the wonderful atmosphere on the day.

Cill Dara Riding Club is delighted to announce that the current total for donation to Tiggy’s Trust is €1,345.56, with some donations still trickling in.