Tánaiste accused of having ‘no empathy’ for people in housing crisis 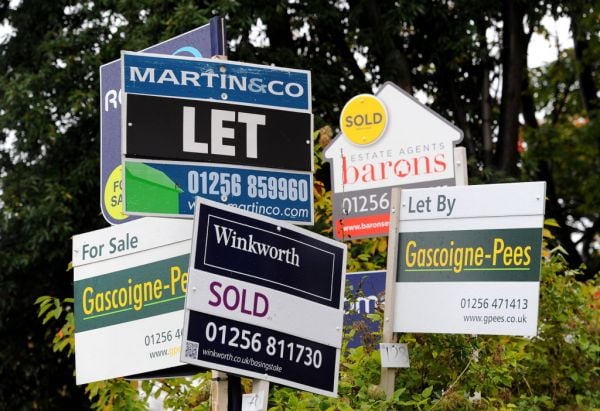 The Tánaiste has been accused of having “no empathy” for those caught in the renting and housing crisis.

Eoin Ó Broin said Leo Varadkar is “directly responsible” for their hardship, more than any other politician.

Mr Ó Broin’s criticism of the Tánaiste was in response to the Budget, which he claimed failed to include any measures to address the housing crisis and “sky-high rents”.

Leo Varadkar has no answers for renters – @EOBroin

“People renting, one in four households in the Tánaiste’s own backyard, cannot tolerate any more spin and inaction from this government.”https://t.co/D9wNSxc4ns pic.twitter.com/d9AzAbySW0

“The last time I raised the plight of private renters with the Tánaiste was in September. I reminded him that during his decade in power, rents have increased 100 per cent,” Mr Ó Broin told the Dáil.

“When he was taoiseach, the number of properties in the rental market dropped by 20,000. Instead of dealing with the issue, the Tánaiste went on the attack.

“He avoided, misdirected and misrepresented.

“He may think that this kind of belligerent approach is good for his satisfaction ratings, but it actually confirms that the Tánaiste has no empathy.

“He lacks that basic human ability to put himself in the shoes of other people enduring hardship. Why would he?

“He, more than any other politician in the Government, is directly responsible for that hardship, with working single people and couples desperately trying to save for a deposit.

“Separated and divorced people who have lost their family homes, families recovering from Celtic tiger-era home repossession, students forced to choose between sky-high rents and crippling commutes, and modest-income workers approaching retirement and looking nervously to the future.”

Mr Varadkar said the Dublin Mid-West TD’s comments are a “classic Sinn Féin tactic”, adding that it was “beneath him” to personally attack him.

Mr Varadkar went on to say that the housing crisis affects different people in different ways.

“In the budget, we introduced income tax and welfare packages that will benefit people across society.

“It will not just benefit renters but all workers and indeed people who are on welfare. We stand over the approach that we took in this budget.”

Renters have been left high and dry by this government.
There was not ONE single measure in the Budget to ease the burden of sky high rents.
In fact the only mention of the private rental sector was the extension of a tax relief to landlords @EOBroin#HousingCrisis #Budget2022 pic.twitter.com/EhWxVwwPO1

Mr Varadkar pointed to the Government’s decision to extend the Help to Buy scheme, claiming they are making record levels of investment in social housing, cost rental and affordable housing.

“Renters who want to become homeowners are much better off under this Government than they would be under Sinn Féin,” Mr Varadkar said.

“There is no doubt that renters who want to buy would be better off under this Government than they would be under Sinn Féin.”