MOUNT Leinster Rangers won the Under 13 Hurling B Final at Netwatch Cullen Park on Sunday. After absorbing early Ballinkillen pressure the winners struck for three goals in succession from Thomas Buckley, Jake Fitzpatrick and Conor Walsh. Full back, Adam Joyce, scored a point from a free and from play to maintain the pressure on their opponents. 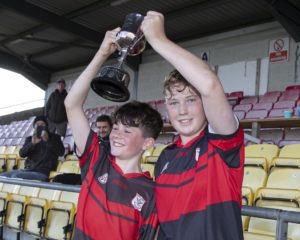 Ballinkillen were eventually rewarded for their endeavour. It was coming. Initially, Rangers keeper did well to deflect a lobbing ball around his left hand post at the O’Hanrahan end of the ground. He could do little when Ballinkillen raided down the left and when the ball broke into space in front of goal Noah Murphy tipped it over the line. At half-time Rangers led 3-2 to 1-0.

Thomas Sheehan picked off an early second half Ballinkillen free. They needed to win the puck-out but Rangers took possession and when the ball came in high and long Conor Walsh was on hand to score his second goal. The half continued in a trend for much of what had gone on before with Rangers making best use of their possession. 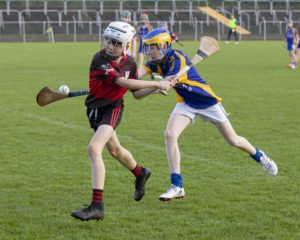 Ballinkillen had plenty of the ball, hurled well at times but Rangers knew where the posts were. Joyce and Tom Kehoe raised white flags for the eventual winners which left twelve points between the teams. 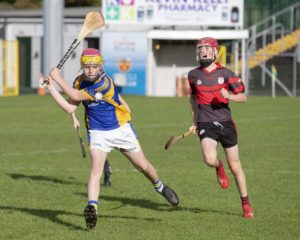 As the minutes ticked by Darragh Coleman accounted for a Rangers point with a fine strike from out the field. Joyce squeezed his shot past a luckless Jim Hughes for another three-pointer. Ballinkillen never stopped running. Their reward was a rocket of a goal from Thomas Sheehan. With the last play of the game Conor Walsh was on hand to score Ranger’s sixth in a good sporting game. 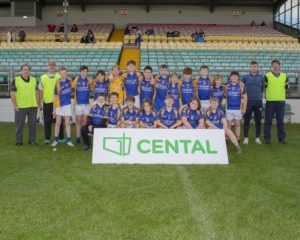 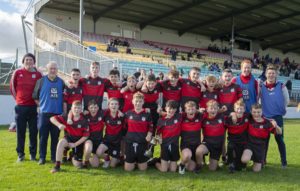