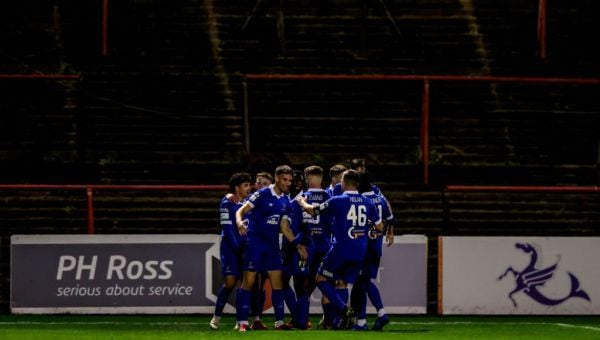 It was all go in the League of Ireland on Monday night as St Patrick’s Athletic came out on top against Dundalk while the Bohemians lost out to Waterford at Dalymount Park.

Georgie Kelly found the back of the net for Bohs once again as he scored the first goal of the game to put the Dublin side ahead against Waterford.

Georgie Kelly opens the scoring for Bohemians following a tidy team move to give his side the lead at the break ?

However, John Martin scored one for the Blues to level the game after 52 minutes with Anthony Wordsworth scoring again for Waterford 70 minutes in to put his side ahead and win the game 2-1.

Meanwhile, at Richmond Park, St Pat’s led Dundalk with a goal from Billy King after 27 minutes. The Lilywhites could not find a score to respond leaving St Pat’s to claim the 1-0 win.

The results mean Waterford are eighth in the table while the Lilywhites are seventh.