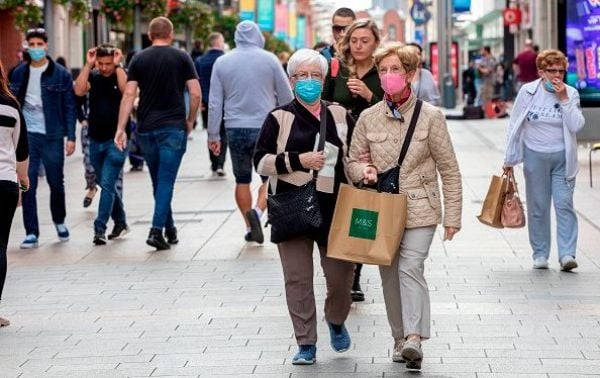 Ministers have received a “stark” presentation on the trajectory of Covid-19 over the coming months to Christmas, with warnings of cases rising to 5,000 per day and remaining at a high plateau.

The Cabinet subcommittee on Covid-19 met on Tuesday evening, with Minister for Health Stephen Donnelly giving a “stark” update, outlining how cases were as high now as at any point apart from the peak of the January wave.

Sources told The Irish Times that there was “no talk of reimposing restrictions but a general concern that a peak and rapid fall cannot be assumed”.

The Ministers were also told that there was some grounds for optimism, including a flattening incidence of Covid among those aged over-80, which could be thanks to booster shots.

Health Service Executive chief executive Paul Reid is understood to have told the meeting he wants to see booster shots for healthcare workers.

There were 2,193 new cases of Covid-19 confirmed on Tuesday, with 513 people in hospital with the disease, 97 of whom were in intensive care.

On Tuesday evening, chief medical officer Dr Tony Holohan said he was “increasingly worried” about the rising incidence of the disease nationwide.

Separately, a vaccine expert warned there would be a large increase in cases until there was a “transmission-blocking vaccine”.

Dr Anne Moore, a vaccine specialist at UCC’s school of biochemistry, said vaccines were still very effective at preventing severe disease but it appeared that the initial “bonus” of not transmitting the virus to others decreased over time.

She said clean air was now as important as clean water and public investment was required “just as we dug trenches to build sewers”.