AFTER losing not one, but two, games last weekend IT Carlow will look to bounce back but face a tough away game against The Address UCC Glanmire in the MissQuote.ie Super League.

IT Carlow Basketball are yet to pick up a win this season, but Head Coach Martin Conroy remains upbeat. 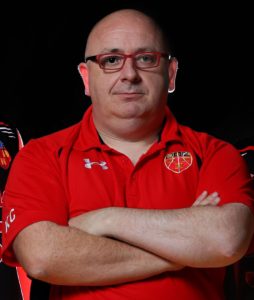 “We know the challenge that lies ahead of us. Glanmire showed in the Cup game against Killester just how awesome a team they are. We have prepared well this week and our girls are getting to know each other a lot better now, this won’t be easy, but at this level it shouldn’t be easy.”

IT Carlow were beaten by Leixlip Amenities Liffey Celtics last Saturday and then WIT Waterford Wildcats on Sunday and Conroy spoke afterwards of the difficulties of playing back-to-back games.

“It’s very tough to play back-to-back games at this level, especially coming off two weeks of no practices because of Covid. So I think that needs to be looked at for future instances of Covid within clubs and teams. I think it is unfair for teams to be expected to play back-to-back games when they’ve had players and coaching staff go through a two-week isolation period. Again, I am very proud of our women and the way they played. They are starting to get to know each other now and hopefully over the next few weeks we’ll get better and better.”

There will be a familiar face for Carlow sport fans on the opposing side tonight with Carlow GAA star Amy Dooley lining out for Glanmire. Mark Scannell’s side were impressive in their InsureMyHouse.ie National Cup 102-61 win over defending champions Killester last weekend and Mark Scannell is eager to build on that performance, but is wary of the threat that IT Carlow pose following their recent addition of Lauren LePlant. “It’s good to get back to league action after the Cup. Carlow have improved greatly with the addition of their new American, so we are expecting a great game in Upper Glanmire (Sports Hall) tomorrow night. We have a few injuries, so hopefully we get through this weekend and rest and recuperate during the international break and get ready for the really important third of the season.”