JUST over three months after they played in the 2020 SFC final, Éire Óg and Rathvilly will meet again in the 2021 final next Sunday at 3pm.

Rathvilly were first into the final when they beat Bagenalstown Gaels by 0-17 to 1-9 today at Netwatch Cullen Park. Brian Murphy scored a brilliant ten points in a game that his team controlled, but at the same time, a young Bagenalstown side showed enough to suggest that they will mixing it with the title contenders in the coming years.

Éire Óg were similarly on top in their semi-final against Mount Leinster Rangers and they were fully deserving of their 1-16 to 0-9 win, Niall Quinlan’s late goal putting the seal on a comfortable win. 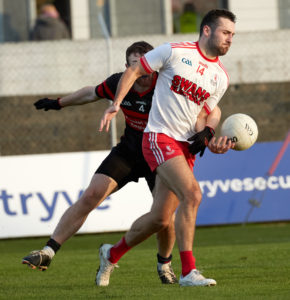 It means their hopes of a fifth successive title are still very much on track. During the previous four wins, Éire Óg beat Rathvilly in the 2017 and 2020 finals, Rathvilly will hoping it’s third time lucky for them next week.

Full reports, reaction and analysis of both semi-finals, and a preview of next week’s final in next week’s paper