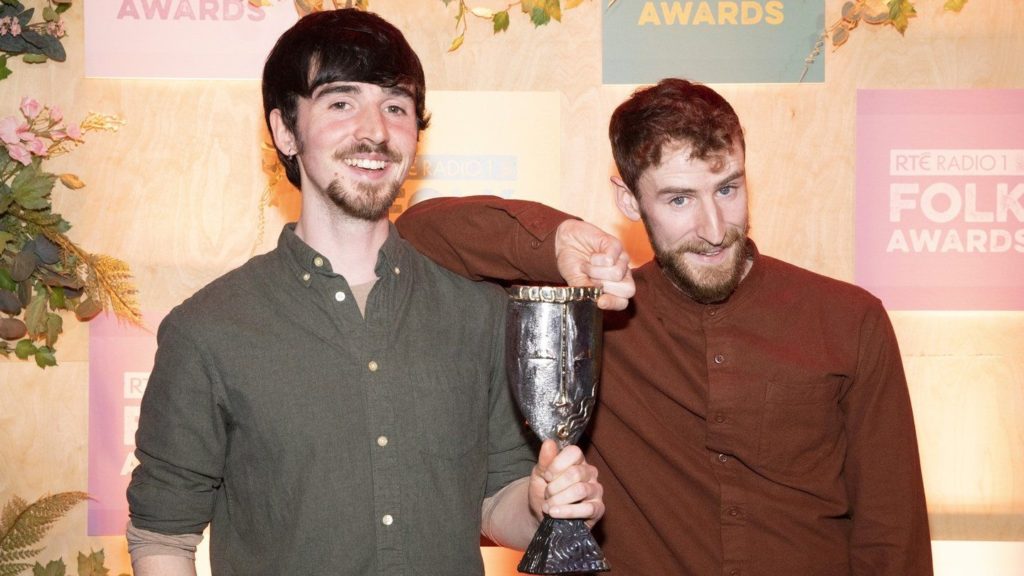 The winners were announced at a gala event in Vicar Street, a memorable celebration of the very best in folk music in Ireland from the past 12 months

Ye Vagabonds were among the big winners of the night, bagging the best folk group award and best traditional folk track for their take on the much-loved folk standard I’m a Rover.

Hosted by John Creedon and Ruth Smith, the folk awards were hosted in front of a live audience that included President Michael D Higgins.

The duo, originally from Palatine and sons of Grania and Mike Glynn, have enjoyed phenomenal success in recent years and are certainly no strangers to the annual folk awards.

At the last RTÉ Folk Awards, held in 2019, the brothers scooped three gongs, including best album for The hare’s lament, best folk track for The foggy dew and were also named best folk group.