No joy in Leinster for Carlow champions

A dismal weekend for Carlow champions in Leinster competition was rounded off this afternoon when Rathvilly were beaten 2-16 to 1-5 by Louth champions Naomh Mairtin in the Leinster Senior Football Championship. 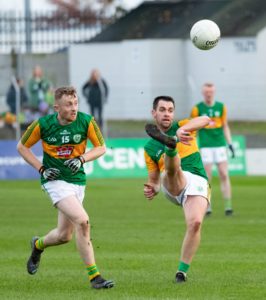 There wasn’t much to choose between the teams in the early exchanges but two goals in the last five minutes of the half set up Naomh Mairtin for victory. A late goal from Conor O’Neill wasn’t much consolation after a one sided second half.

The only Carlow side to progress did so without kicking a ball. Grange were given a walkover by Laois side Barrowhouse in the Leinster Junior Football Championship and they will face Kildare side Kilcullen in a home tie on Saturday 4 December. Also on that day Carlow’s other remaining side in Leinster, Mount Leinster Rangers host Ballyhale Shamrocks in the Leinster Senior Hurling Championship after that game was pushed back by 6 days.