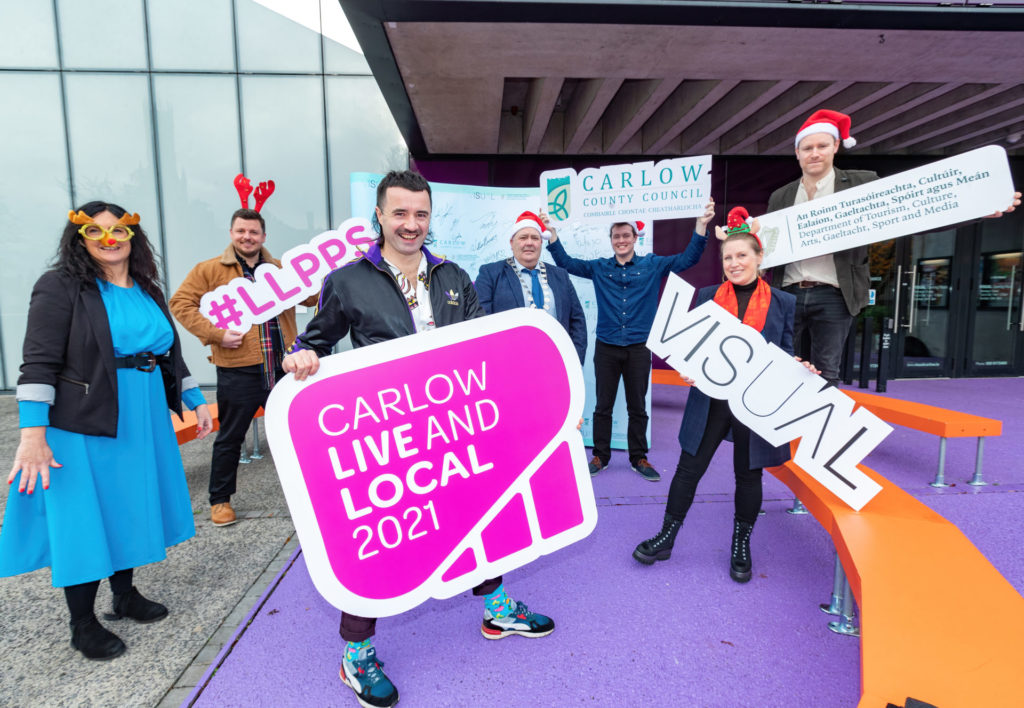 CARLOW Live and Local Music Festival is set to return this December with an exciting Christmas line-up of events featuring the best of musical talent from across the county.

The festival will feature performances from local artists, including virtuoso guitarist Shane Hennessy and star of Celtic Woman, Orla Fallon. Jerry Fish will present a Christmas edition of his new show ‘The Jerry Fish Electric Sideshow Cabaret’, featuring special guests such as May Kay, Tadgh, Richie Kavanagh, plus Circus, Carnivale and Burlesque performances.

In keeping with the festive cabaret style, Cian Kinsella, one half of the comedy duo Lords of Strut, will present the fun-filled and filthy ‘Paradise Christmas Cabaret Show’ – not for the faint hearted!

The festival is also delighted to once again partner with Walter Hennessy Productions, which will present an exciting line-up of events across the county in the run-up to Christmas, starting with a music concert as part of this year’s Carlow Christmas Lights event on Saturday 27 November.

Walter Hennessy Productions will also present music at the Arboretum as part of the Carlow Food Event, the Tullow Christmas Variety Show at Mount Wolseley Hotel, the Big Christmas Gig at the Seven Oaks Hotel, plus lots more.

The Mobile Music Machine, led by Gerald Peregrine, returns once again with the 29 Covid Care Home Concert Series, which will bring music to nursing homes across the county throughout the month of December. Special guest singers will include Mary Coughlan and Orla Fallon.

Carlow Live and Local will also partner with Music Generation Carlow for Trad na Nollaig for a wealth of traditional Irish musicians from across the county.

Also in true Christmas style, the Carlow Voices choir will perform an exquisite repertoire of carols on the steps of Visual on Saturday 18 December.

This latest Carlow Live and Local programme follows on from the success of the series in September and is once again supported by the Department of Tourism, Culture, Arts, Gaeltacht, Sport and Media under a second strand of the LLPPS (Local Live Performance Programming Scheme), in conjunction with the Creative Ireland Creative Communities Programme, allowing local authorities to provide for local live performance over the winter/Christmas season.

The second strand of the LLPPS scheme aims to support employment opportunities for artists, performers and crew across every town, city and county and will help to underpin the recovery of the live performance sector.

Carlow County Council Arts Office, which is leading this project, would like to thank its festival production team – David Francis Moore (co-artistic director and producer), Fiach Moriarty (co-artistic director), Janice de Bróithe (assistant producer), Paul Byrne of Good Idea (graphic and web designer), Patrick Bramley of ULBA Studios (videography), and venue partners Visual, the Seven Oaks Hotel, Mount Wolseley Hotel as well as all of the musicians, artists and promoters, without whom this programme would not be possible.

All government public health measures will apply for these events and the public are asked to follow all government health guidelines. The festival kicks off with a musical performance at the illumination of Carlow’s Christmas lights and will run through the entire month of December.

For more information, log on to www.carlowliveandlocal.ie or phone Visual on 059 9172400.