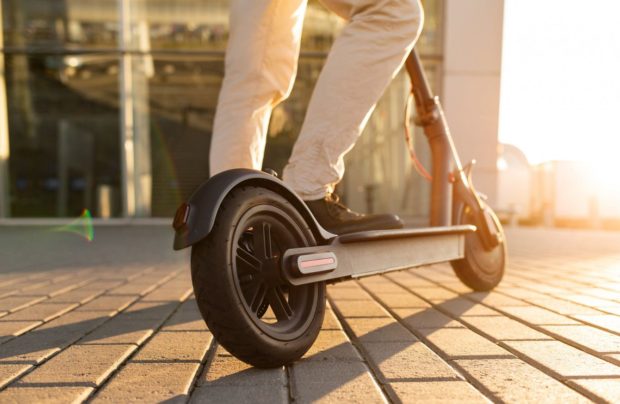 DRIVING an e-scooter on a footpath should be an offence, according to a Carlow TD.

Deputy Jennifer Murnane O’Connor stated that she has received several complaints about e-scooters being driven on footpaths.

The local TD has called for any legislation in relation e-scooters to prohibit their use on footpaths due to the impact on people with disabilities and the elderly.

In a recent Dáil speech, deputy Murnane O’Connor said: “We cannot proceed with legislation that might allow e-scooters to be permitted on footpaths. The ***Road Traffic and Roads Bill 2021*** must prohibit the use of e-scooters on footpaths and include such uses as an offence.”

The Carlow-based TD also called for an acoustic vehicle alert system, known as AVAS, to be fitted on all e-scooters so that pedestrians can hear them approaching.

“This is essential for the safety of pedestrians who are blind or visually impaired. I recently had several phone calls on this topic,” she said.

“I have sometimes seen two people on one scooter. The evenings are getting dark and you might find yourself suddenly almost on top of them. I got several phone calls about scooters on footpaths. I cannot highlight enough that in smaller rural towns, our footpaths are small. We have to be careful with this for people with a disability, in wheelchairs, with buggies and older people who are out walking. We cannot allow this type of thing to happen. It would work against us in the long term.”

The TD was critical of current legislation, which allows a maximum speed of 20kph for e-scooters.

“This is far too fast for other road users and should be reduced to 12kph, in line with other EU countries.”