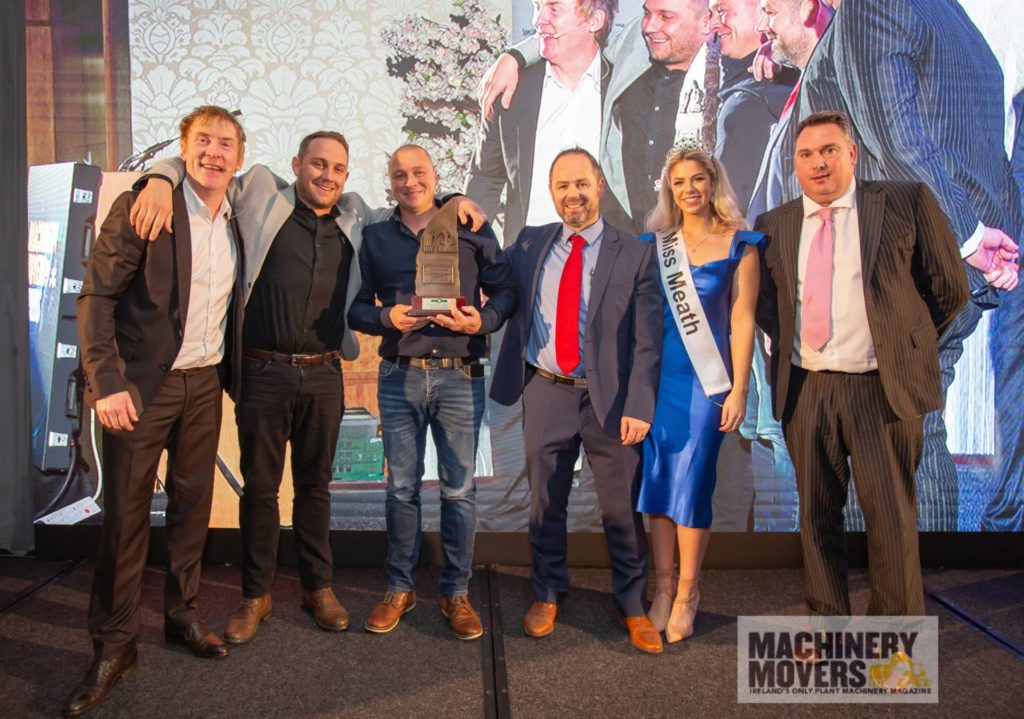 RENOWNED company Dan Morrissey Quarry Group has this week been awarded the coveted ‘Quarry of the Year’ accolade for its Ballyburn quarry on the Carlow/Kildare border.

The Co Carlow company took the top honours at the Machinery Movers Industry and Operator Awards, which were held in Trim, Co Meath last Saturday night. The Dan Morrissey quarry at Ballyburn, Castledermot beat off stiff competition from quarries both north and south of the border, scoring tops on criteria such as highest standards of aggregate production, quality and dedication of employees, enhancing the local community and health and safety.

In a statement, the Dan Morrissey group said it was ‘extremely proud of all the work that has gone in to secure such an accolade for the company, which was a huge team effort by everybody within the company’.

The Dan Morrissey Quarry Group acquired the 100-hectare site at Ballyburn in 2017, where it set about installing a state-of-the-art processing facility. The focus of the plant was to have maximum efficiency, while minimising impact on the local environment.

The deposit consists of high-grade sand and gravel stone material used both locally and in Britain. The products are currently being used to construct local housing needs, the new children’s hospital in Dublin, concrete railway sleepers covering the country’s rail network and in the manufacture of concrete roof tiles for thousands of houses in Ireland and Britain.