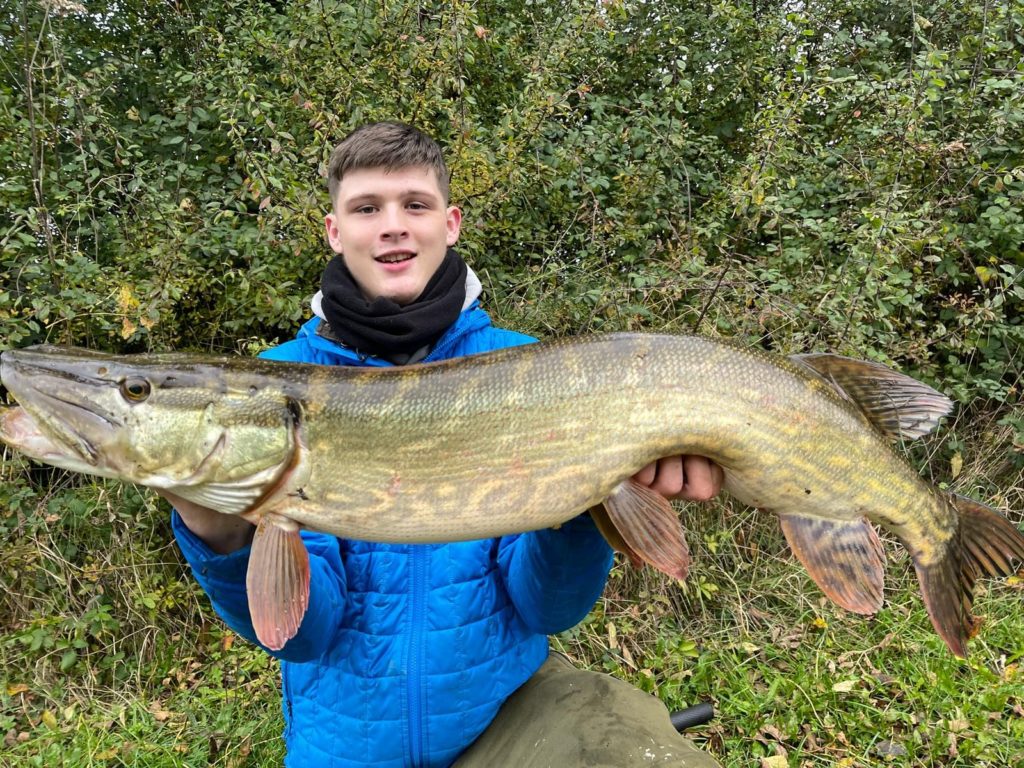 A YOUNG Carlow fisherman has proved himself a ‘reel legend’ when it comes to success with the rod, having recently landed this gigantic whopper! Seventeen-year-old Corey Walker from New Oak Estate, Carlow was “over the moon” to land this impressive 18lbs 2ozs pike while out fishing.

Amazingly, this is not the biggest pike Corey has caught, having landed a larger pike in the past, but it’s still mighty impressive!

A student at St Mary’s CBS, Carlow, Corey has been fishing since he was a young boy, having learnt and honed his skills from his granddad David Walker.

“It’s a great pastime to have and he just loves being out there, down along the River Barrow near Graiguecullen … he loves the sport,” said Sandra.

“When he got this one, he was over the moon. He rang me straightaway!” she smiles.