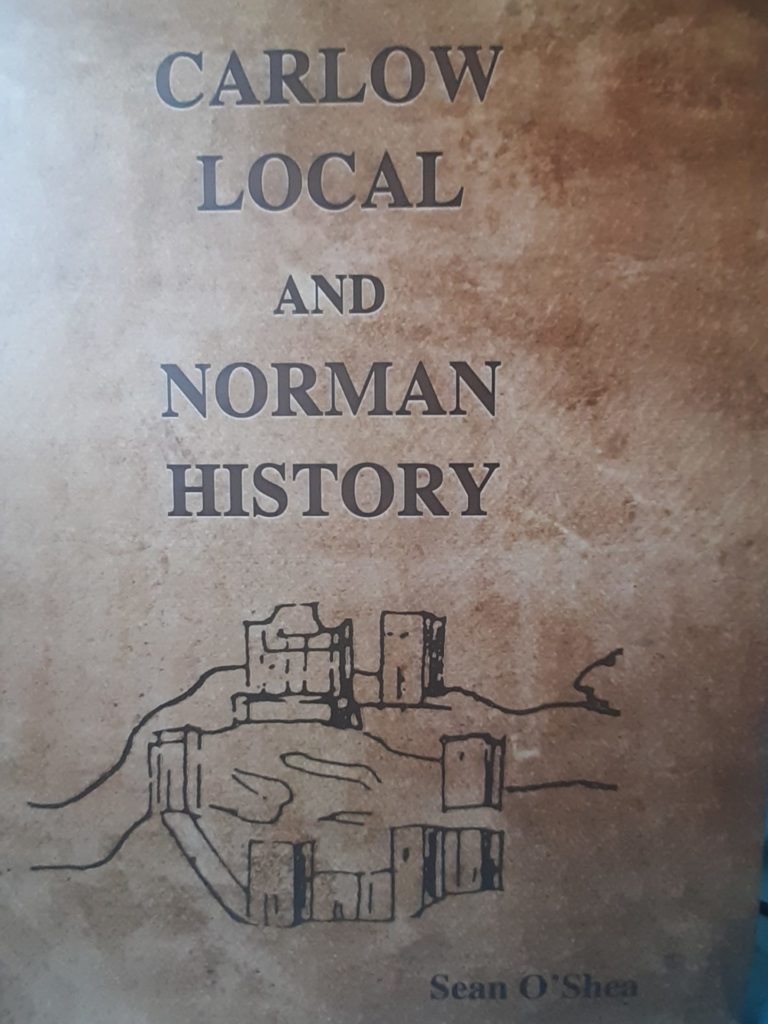 DECADES of research into the origins and development of Co Carlow have been compiled in a new book, which provides a fascinating reference to the past. Carlow local and Norman history by Seán O’Shea contains a compilation of articles researched and recorded by the author over the past 20 years, along with some new material previously unpublished.

Seán’s previously published articles were contained in Carloviana, Carlow Historical and Archaeological Society’s annual journal, and relate to Carlow from a historical and local government perspective along with its Norman history, which is closely linked.

A former official of Carlow County Council, Seán spent 50 years with Carlow’s three local authorities – Carlow county and urban councils and Muinebheag Town Commission – prior to his retirement in 2000. His unique insight into local government prompted his interest, and since his retirement Seán has dedicated his time to this fascinating research, discovering lots of heretofore unknown or forgotten information.

“I spent a lot of time researching in the library in Carlow and also in Dublin and London … an awful lot of time searching,” he says.

“I didn’t set out to do a book, but I had gathered so much information I presumed it would want to be known,” he adds.

The book also contains an article on Finn’s Leinster Journal during the 1798 period. William Francis Finn was closely associated with Daniel O’Connell in seeking Catholic emancipation.

George Bernard Shaw’s bequests to Carlow, including copies of his original letters and interesting snippets on Cronnine Beg, the patron saint of Carlow, Terence Byrne and the Duke of Clarence, Marshal and the Bard of Avon and many others are contained within the book’s 162 pages.

One of the previously published items contained in ***Carlow local and Norman history** is an article entitled ‘Graiguecullen Parliamentary Reports and Notes’. This piece indicates how the Carlow boundary was extended into Graiguecullen for a number of reasons, including the parliamentary election following the Reform Act of 1832 and the Boundary Act of 1832. The extension was also due to municipal considerations under the Municipal Corporations (Ireland) Act 1840 and for judicial purposes following the Local Government (Ireland) Act 1898.

“The said area and Carlow county were defined as an administration county,” explains Seán. “I am fascinated with history, but I don’t go preaching it to anyone; it’s more for the enjoyment. There’s great pleasure to get something that wasn’t known, or to get your answer to something,” he smiles.

The hard copy tome is now a wonderful reference book to this period of Co Carlow’s history and a lasting testament to Seán’s incredible work and interest.