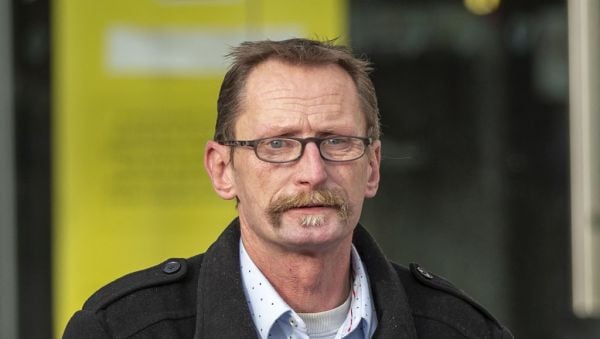 A man who kicked another man in the head as part of an assault carried out alongside two others has received a fully suspended sentence.

John Kavanagh (55) initially tried to de-escalate the situation, but later kicked the victim in the head while he was on the ground during the assault.

Dublin Circuit Criminal Court heard weapons were used during the assault, but not by Kavanagh. The victim died by suicide one week after the incident.

Kavanagh, of no fixed abode and residing in the Dublin 2 area, pleaded guilty to assault causing harm at Fleet Street, Dublin City Centre on November 4th, 2020. He has no previous convictions.

Passing sentence on Thursday, Judge Melanie Greally said Kavanagh was involved in what was “by any standards a particularly vicious and violent assault” which lasted over 30 minutes during which implements were used.

Judge Greally said it is not possible to say what the immediate consequences were for the victim, but it can only be assumed the ordeal was “very frightening and distressing”.

The judge said that at the time of the assault, Kavanagh gravitated towards other people who were also living on the streets and using alcohol. She said it has been accepted that his remorse is genuinely felt.

Judge Greally sentenced Kavanagh to two-and-a-half years imprisonment, but suspended the sentence in its entirety on strict conditions, including that he follow all directions of the Probation Service for 12 months.

Garda Jordan Kennedy told Fiona Crawford BL, prosecuting, that on the night in question, he received a call that a man had been assaulted by a woman and two men.

Gda Kennedy said he arrested Kavanagh on the same night as he matched the description given of a suspect of the assault. He was brought to a Garda station but was declared unfit for questioning due to being intoxicated.

CCTV footage obtained by gardaí showed three people approached the victim and there was some conversation before the assaults took place. The main aggressor appeared to be the woman.

Gda Kennedy said at the initial stage, Kavanagh made several attempts to de-escalate the situation, but after a time he could be seen in the footage kicking the victim in the head.

Gda Kennedy agreed with Cathal McGreal BL, defending, that all persons involved in the assault were “down on their luck” and spending their time on the streets. He agreed Kavanagh was not friends with his co-accused and was only with them because they had alcohol.

The garda agreed with counsel that his client previously had a good life and a good family, but lost it all due to drink. He agreed that when he was shown the CCTV footage of the incident, Kavanagh broke down.

He also agreed that Kavanagh had a lesser role in the assault compared to the two others involved.

Mr McGreal said his client was devastated when he saw what he had done and even more so when he heard what happened to the victim, adding that his client was “absolutely appalled” at himself.

Counsel submitted this was entirely out of character for his client stating he is now in employment and has been abstinent from alcohol for a short period.