CARLOW’S Jack Kehoe has been named on the Irish U18 Basketball squad that will prepare for the U18 European Championships in Romania next July, even though he is still an under 17 player. 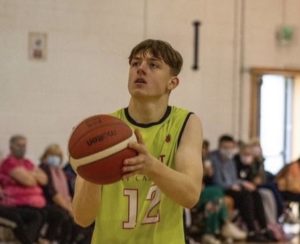 6’5 Kehoe made his National League debut for IT Carlow earlier this season and remains one of the youngest players in the country playing at the level.

The Knockbeg College student also represents his school and captains the Old Leighlin Under 18s.

Clearly a hugely talented young man, Kehoe harbours dreams of going to the USA to play basketball in college in a few years but we look forward to seeing what he can do in an Irish vest ahead of that.

Carlow’s Kehoe progress to next stage of Irish U18 trials