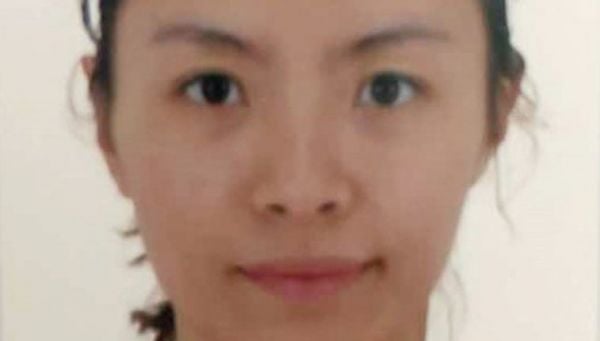 A man found guilty of murdering his wife during a holiday in Fermanagh will serve at least 20 years in prison.

Stephen McKinney (45), originally from Strabane in Co Tyrone but most recently of Castletown Square, Fintona, Co Tyrone, was convicted earlier this year of murdering his wife Lu Na McKinney in April 2017.

Her body was recovered from Lough Erne beside a jetty.

The couple had moored on Devenish Island during a boating holiday with their children.

They had been living in Co Donegal prior to the murder.

At Belfast Crown Court on Thursday, Justice Denise McBride jailed McKinney for life and said he should serve a minimum term of 20 years before being considered for release.

The judge called the murder “the most heinous” crime and said it had been premeditated and carefully planned.

Today Stephen McKinney was sentenced to a minimum of 20 years’ imprisonment for the murder of his wife Lu Na McKinney.

Stephen McKinney thought he had silenced her, he hadn’t – police spoke for her and found justice.https://t.co/DrxcR38hLt pic.twitter.com/uvsPSMtFcB

She told McKinney: “You abused, degraded her and manipulated and controlled her and finally you took away her life.

“It was such a needless and cruel action. You were someone that she should have been able to trust but you betrayed that position and you ended her life prematurely.”

The judge focused in particular on the presence of the children that night, who she said were “not present by accident but design as the defendant sought cynically to use his children’s presence to throw suspicion away from him for the murder he intended to commit”.

She added: “You denied her the opportunity of seeing her children grow up. You have left a trail of destruction in your wake.

“Two young children have been deprived of their mother’s love, care and support.

“As a result of your action you have left the children without parents to care for them and their lives have been irreparably adversely affected.”

McKinney shouted as he was led away and continued to plead his innocence. He has always maintained that his wife had fallen into the water and he had tried to save her.

But the judge said the murder was the culmination of coercive, controlling behaviour throughout their marriage.

In a statement issued on behalf of Lu Na’s family, they thanked the judge, the jury and the PSNI for their work on the case.

They said: “As a family, we have endured four very difficult years, made more difficult living so far away from the investigation and trial.

“We are thankful that Lu Na had so many people fighting for her. The outcome of this court process has brought us some justice.

“It does not change the fact that Lu Na was so cruelly taken from us and we will never be able to see her, talk to her or for Lu Na to be part of our family celebrations.”

During the short hearing, Justice McBride also paid tribute to a female detective who had worked on the case but had died before the trial commenced after contracting Covid-19.

Detective Superintendent Eamon Corrigan, from the PSNI’s major investigations team, said: “Today my thoughts are very much with Lu Na’s children and her family whose suffering and loss will live with them for the rest of their lives.

“I know today’s sentencing will never bring Lu Na back, however I hope this outcome brings some sort of comfort to her family.

“Stephen McKinney thought he had silenced Lu Na, he hadn’t – police spoke for her and found justice.”