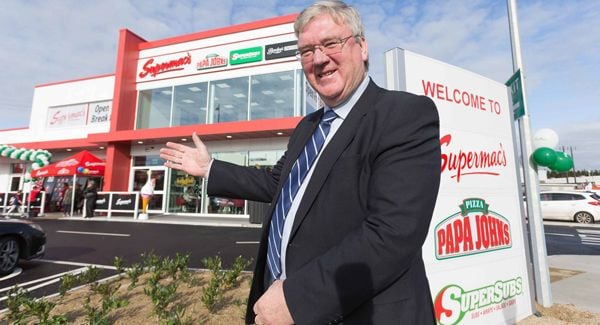 Supermacs boss, Pat McDonagh has confirmed that the group is now recruiting workers from overseas due to a shortage of Irish applicants.

Mr McDonagh said that over the past two months and up to the end of the year, Supermacs will have recruited over 100 EU workers from Italy, Portugal, Spain and eastern Europe who don’t require work permits.

Mr McDonagh stated that one of the reasons for the shortage of workers here is the Government’s Pandemic Unemployment Payment (PUP).

He said: “I think the PUP caused people to get a bit lazy.”

He said: “There are multiple reasons why Irish people are not interested in working in Supermacs and unfortunately, there is a scarcity of workers for every line of work right now with some businesses only able to open two days a week because of a shortage of staff.”

“Also, people realise the work-life balance needs to be changed because they feel it was a rat race up until now and they want to spend more time with the kids and family.”

He said staffing for his business is currently its biggest challenge.

He said: “We are in the process of recruiting from these countries because the staff just aren’t available in Ireland.”

Supermacs is currently fitting out a new motorway plaza for outside Tuam and Mr McDonagh said: “It is as simple as this. We would have 70 per cent Irish staff on the team for the Tuam site, but if we didn’t have the 30 per cent non-Irish national staff we would not be able to open it without them.”

Mr McDonagh stated that the Supermacs group has a person working full-time recruiting staff from abroad. Mr McDonagh said that this isn’t the first time that the group has recruited actively from overseas stating that there was a similar recruitment drive from Malaysia in 2004.

He said that the breakdown for the 100 workers recruited from overseas will be 55 working in Supermacs fast food outlets and 45 working in the group’s hotels.

Mr McDonagh said that across the Supermacs group, the breakdown of workers by nationality is 80 per cent Irish and 20 per cent foreign workers.

Mr McDonagh stated that Supermacs would usually look after the accommodation needs of the newly arrived workers for the first couple of weeks or first month and then help find more permanent accommodation for them.

He said: “It is working out pretty well – they are happy and we are happy. That’s it.”