IT is hard to believe it is as far back as 19 September that Mount Leinster Rangers retained their title when beating St Mullins in the county senior hurling final. In contrast Ballyhale Shamrocks who they play on Sunday beat O’Loughlin Gaels on 7 November to clinch a four-in-a-row Kilkenny titles.

In the stop-start nature of sport in the pandemic it has been trying times. Lockdowns. Behind closed doors. Not mixing the hurling and football championships in Carlow. Conor Phelan the Rangers manager says it is just a case of getting on with what is put in front of you.

“For the last two years we have tried to manage the best we can. It is great sport has been allowed back over the last few months. There is great enjoyment watching it and great enjoyment playing it. The pandemic is something on the back of our minds the whole time and we just have to mitigate against it as much as possible,” he says. 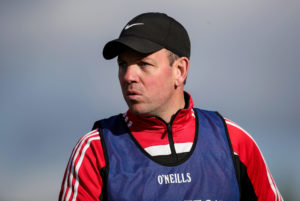 The Kilkenny champions will test their resolve on Saturday.

“We have had to get our house in order and we have to be competitive at the weekend.

Rangers made it to the semi-final of the senior football championship this year. This helped keep the players in shape.

“We would be very pro football. We would encourage as many footballers to play. I think there was only five hurlers who don’t play football. It was up to us and Johnny Nevin who is over the football to link in. We have a connection in both squads. He was very flexible and we were very flexible. It showed. They got a good run and only lost to Éire Óg in the semi-final. You can manage both the best you can. There is a club there who are lucky enough they want to play both and manage both the best we can.”

By the time the football season ended for them the dual players had been out for fifteen weeks in a row. Phelan says the focus is on Ballyhale now.

“We took a session a week with the hurlers without taxing them too much. We tried to keep their skill-work up. In fairness they are a driven bunch of guys. They want to be competitive in Leinster and drawing Ballyhale they want to showcase their efforts. It is a case of managing them all.”

Later that evening at the same venue, Grange entertain Kilcullen of Kildare in the Leinster Junior Football Championship quarter-final. It will be Grange’s first game since their convincing county final win over Tinryland after they were given a walkover in the first round of Leinster by Barrowhouse of Laois. Their opponents were relegated from the Kildare Intermediate Championship during the summer but bounced back just a couple of months later to win their county’s Junior crown. They have the advantage of already playing a game in this competition when they comfortably saw off Wicklow champions Barndarrig by 2-11 to 0-5. The winners of the game will progress to a semi-final against either St Marks of Dublin or Castletown/Finea/Coole/Whitehall of Westmeath.