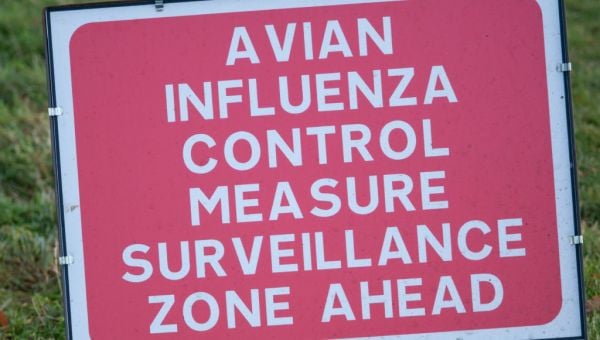 Poultry flock owners have been warned they “must act now” to limit the spread of the largest ever outbreak of avian flu in the UK and Ireland.

Stormont’s Agriculture minister Edwin Poots made an urgent statement to the Assembly on the outbreak in which he said “evidence was strong” that avian flu was now widespread in the environment.

Mr Poots said veterinary staff from across his department, including those carrying out Northern Ireland Protocol checks at ports, would be involved in the effort to limit the spread.

He told MLAs that “epizootic diseases” such as avian influenzas are not usually present in Northern Ireland but said the current outbreak had the potential to cause “serious animal or public health and economic consequences”.

He added: “It is a highly pathogenic strain that we are currently facing. This strain is a significant threat to our valued poultry industry that is worth over £400 million (€468 million) and supports many thousands of jobs.

“I took a decision on November 17th to introduce an avian influenza protective zone across all of Northern Ireland in order to reduce the risk of infection amongst poultry flocks here.

“This includes stringent, mandatory biosecurity measures to help prevent the spread of disease.

“I cannot reiterate enough that all poultry or bird keepers, whether they be commercial or backyard, must adhere to these measures to protect their flocks.”

He continued: “As of today, Great Britain is in day 49 of this outbreak and, to date, 48 cases of HPAI H5N1 have been confirmed across Great Britain.

“In addition, there have been over 300 cases confirmed in wild birds across Great Britain.

“In the Republic of Ireland HPAI H5N1 has been confirmed at five commercial holdings, four in County Monaghan and one in Co Cavan.

“As of today there are two confirmed cases and two suspected cases in Northern Ireland.

“These locations are as follows, one in Aughnacloy, Co Tyrone, one in Broughshane, Co Antrim, one near Armagh and the four outside Coagh in Co Tyrone.

“The chief veterinary officer introduced 3k and 10k disease control zones around all affected premises and has directed humane killing of all birds within each premises.

“The humane killing has been completed at three of the four sites, the Coagh premises is still to be completed.

“The four cases in NI bring the UK total to 52 cases. This is now the largest ever outbreak of avian infleunza across these islands, with 52 cases in the UK and five in the Republic of Ireland.”

Mr Poots said there had also been 10 confirmed cases in wild birds in Northern Ireland and added that “evidence is strong that HPAI is now widespread in the environment”.

He said: “The poultry industry and all keepers of birds should review and reinforce the biosecurity arrangements, including the physical separation of wild and captive birds as this remains the most effective protection.

“I am calling on all poultry keepers, backyard or commercial, that today you must assess your biosecurity measures and redouble your efforts to keep the disease out of your flocks.

“You cannot afford to be complacent, you must act now. It is or paramount importance that the utmost stringent biosecurity measures are adopted on your premises.”

Chair of the Agriculture Committee Declan McAleer asked the minister how avian flu could potentially impact upon human health.

Mr Poots said it was very rare for humans to contract it, but added that his officials continue to liaise with the Public Health Agency.

TUV leader Jim Allister asked: “With increased demands on our veterinary staff, would it not be preferable to maximise the availability of such staff to deal with this situation by withdrawing them from the implementation of the (Northern Ireland) protocol, so they might do an important job?”

Mr Poots said: “Staff are being pulled from all areas of the veterinary service to assist in this.

“Right across the department they are being pulled to provide support. That will be all areas of veterinary, including the one raised by Mr Allister.”