The GAA has unveiled plans for an exciting programme of finals at Institute of Technology Carlow to mark the return of the Electric Ireland Higher Education GAA Championships in February 2022.

The draws for the 2022 competitions took place at a special event in the host venue of IT Carlow and which will see the concluding stages of the prestigious championships take place in a festival of Gaelic football and hurling activity in the spring of next year.

The matches will be an opportunity for IT Carlow to showcase their impressive new sports facilities on campus, and through the merging of the traditional football and hurling final weekends will see eight finals played over five days and create a festival atmosphere between 16 and 20 February.

Uachtarán CLG Larry McCarthy said: “I know first-hand the important role that our third level colleges and universities play in the promotion of Gaelic games and the great service they do for our Association.

“It was during my formative years as a student in Limerick that I got my first real taste and feel of GAA administration, while on the field I have great memories of being part of wonderful teams that won Ryan and Trench Cups.

“The memories and friendships forged in our Higher Education GAA competitions stand the test of time and hold a value as precious as any cup or medal.

“I am delighted to see the standard of the competitions grow constantly and wish to acknowledge the support of our partners in Electric Ireland for their assistance in promoting these great games and the players who take part. I look forward to seeing the great facilities at IT Carlow.”

Sarah Sharkey, Brand, PR and Sponsorship Manager at Electric Ireland, commented: “We are delighted to see the return of the Electric Ireland Higher Education GAA Championships in 2022. After an absence in 2021, we are excited to see some of the best young GAA talent on display during the upcoming season.

“In 2022, our #FirstClassRivals platform will once again celebrate the unexpected alliances formed through County rivals joining forces in pursuit of one common goal. Now in our fifth year of sponsoring these great championships, we are looking forward to another season of excitement and fierce competition as students across the country compete for some of the most coveted titles in GAA.”

On behalf of the host venue, President Dr Patricia Mulcahy said: “Institute of Technology Carlow has made significant investment in our sporting facilities in recent years and the Electric Ireland Higher Education Gaelic Games Championships will be among the first student events to be hosted on our brand-new €15million South Sports Campus. The Fitzgibbon Cup and Sigerson Cup Finals are some of the oldest and most famous competitions in the Irish sporting calendar and we in Institute of Technology Carlow are particularly proud to host them in 2022.” 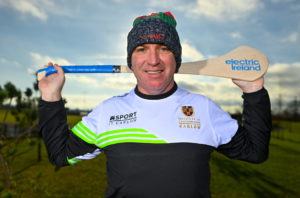 After the absence of games this year due to Covid restrictions, the return of matches has been warmly welcomed and will continue the proud history of Higher Education Gaelic games which can trace their roots back to the first Sigerson Cup final in football in 1911 and in the case of Fitzgibbon Cup hurling, back to 1912, with four tiers of competition staged as part of the Electric Ireland GAA Higher Education Championships.

The matches will begin during the week of January 10, 2022. Due to a procedural error it was necessary to redo the draws for the Sigerson and Fitzgibbon Cups. 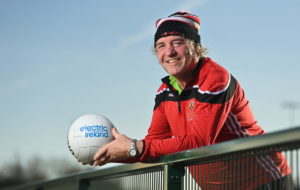 (A) IT Carlow v LYIT

(I) Winners A v Winners B 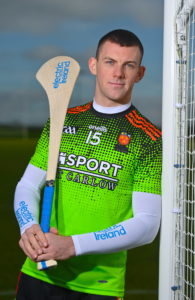 Eoin Cody, IT Carlow and Kilkenny hurler, during the Electric Ireland GAA Higher Education Draw at Carlow IT in Carlow. Photo: Seb Daly/Sportsfile

E Winner A V Runner Up B

F Winner B V Runner Up A