Eight months for burglar who stole from sleeping man 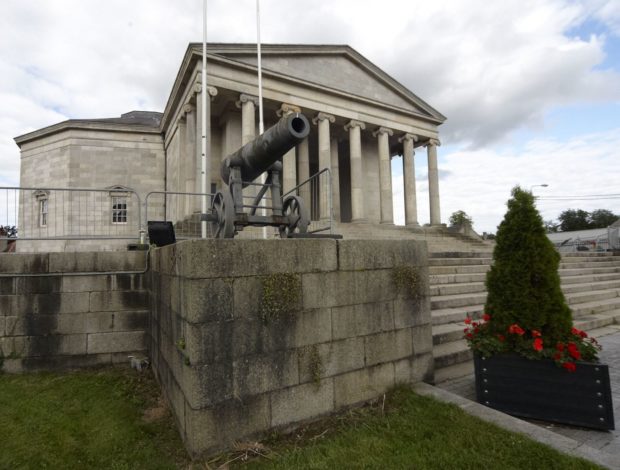 A BURGLAR who rifled through a man’s trousers as he slept in his bed was given an eight-month prison sentence at Carlow District Court. Aidan Finnegan, Whitestown Avenue, Blanchardstown, Dublin pleaded guilty to burglary at Blackmoor, Donard on 1 October last and possession of stolen property at Johnstown, Tallaght later on the same date.

Evidence had previously been heard that the injured party, a man in his 60s, awoke to find someone at the foot of his bed going through his trousers. The burglar was chased through the house, but could not be located. As the injured party rang gardaí, he saw his white Opel Vivaro van being driven away with two occupants in the direction of Donard. Gardaí traced the vehicle and began following it from Blessington. The van was stopped at an Applegreen service station in Johnstown and 41-year-old Mr Finnegan was in the driver’s seat.

Mr Finnegan, who has been in custody since the incident, had 60 previous convictions, including for robbery and possession of knives. He also served a sentence for manslaughter in 2012 and had received a 12-year sentence.

The court was told that Mr Finnegan was currently on 50mg of methadone.

Judge Geraldine Carthy said the burglary must have had an “untold impact” on the injured party. “It’s quite a frightening thing that occurred to him,” she said, before imposing an eight-month sentence.

Recognisances were fixed in the event of an appeal, which included a €750 cash lodgement and that the defendant resides at his Dublin address, with any change to be approved by the member in charge at Baltinglass Garda Station. Mr Finnegan was also to be of sober habits and to abide by a curfew.