The biblical case for fair trade in Irish farming 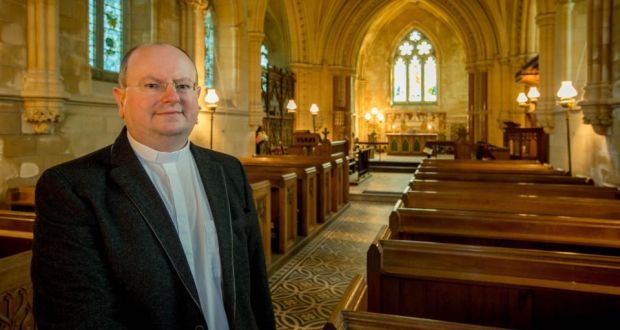 The fields of the poor may produce abundant food, but injustice sweeps it away – Proverbs 13:23.

Near the roundabout in Ballon, Co Carlow, where I live, there’s a stone commemorating a gathering of the Land League in 1882. The Land League was a tenant farmers’ association campaigning for farmers’ rights. Its success was due, at least in part, to the simplicity of the campaign. Its demands were for three ‘fs’ – Fair Rent, Fixity of Tenure and Free Sale, and its long-term impact was to change the face of Ireland.

The Land League, while having many serious faults, demonstrated the power of ordinary people to change the situation in which they were living. As if the changes in the European Union Single Farm Payment system in recent years wasn’t a sufficient cause for worry in itself, the continued decline in most farming sectors has created further pressures in the farming communities in which we live.

There is something incongruous about the fact that although Irish farmers produce the highest quality food in the world to the highest standards in the world, even relatively large farm holdings here in Ireland (by European standards) cannot produce a viable family income.

Whether or not we are farming ourselves, we are members of a community that is now under serious pressure. Debts in our community mean a shortage of money in the local economy, resulting in consequences none of us can escape. That includes, lest we forget, financial support for our Christian witness.

The Land League arose from An Gorta Beag, the mini-famine of 1879. Extremes of weather brought a failure of the harvest, food shortages and people struggling to make a living from the land. People felt they had to do something to change things, something to try to improve their situation.

If we applied Biblical standards to the way we run our economy, it could bring changes far more fundamental than anything achieved by the Land League. There are two ‘fs’ which are supported by Scripture that could make a huge difference to agricultural communities. The first ‘f’ is Fair Pay. The Bible is adamant that people should be paid for their work. ***Do not hold back the wages of a hired worker overnight*** says Leviticus 19:13. Deuteronomy 24:15 regards not giving people fair pay as a sin.

***Pay them their wages each day before sunset***, it says, ***because they are poor and are counting on it. Otherwise they may cry to the Lord against you, and you will be guilty of sin***.

Jesus talks about the ministry of His disciples in terms of workers receiving fair pay – ***the worker deserves his wages***, He says in Luke chapter 10, verse 7.

If we took the Biblical principle of fair pay and we applied it to our own local community, what would it mean? What would fair pay mean in our local farming community? Wouldn’t it mean that people at least received the minimum wage for their work?

If someone is guaranteed, let’s say the Republic of Ireland minimum wage of €10.20 an hour as an employee in 2021, shouldn’t people who farm also reasonably expect that they might earn a minimum of €10.20 per hour? It doesn’t sound very much, but if one assumed that farming meant a working week of 48 hours (although, as we know, most farmers work exceedingly longer than this), then €10.20 an hour would be the equivalent of €489.60 a week or €25,459.20 a year.

A guaranteed income of €25,459 would be more or less the stated Teagasc figure for average farm income in 2021, representative of 93,000 farms in Ireland which, at €25,662, was more or less on par with the minimum wage stipulation for 2021. But, of course, those were average figures – we all know that there are sectors of farming such as beef, which fell far below the minimum wage over the past 18 months because of the vagaries and fluctuations presented by both the protracted Brexit negotiations and the uncertainties surrounding Covid.

And let’s be crystal clear about one thing: the astronomical rise in material and production costs across the whole economy and not just the agri sector has very little to do with either Covid or Brexit. It is as a result of the greedy racketeering of individuals and economic actors who are manipulating current contingencies for the proverbial ‘quick buck’.

And although the fall-off in demand by the food service industry at home in Ireland and abroad was offset by people buying more food to cook at home during the periods of lockdown during the pandemic, the underlying uncertainty which pervaded the national and EU economic climate made fore-planning and projection analysis very complicated, if not well-nigh precarious for Irish farmers. So, bearing these fluctuations in mind, the average farming income for 2021, cited by Teagasc, is not a figure which is in any way set in stone.

In other words, it is not a guaranteed minimum figure, and as a rate of average income per se it is at best figurative, considering that a farmer has to invest from their net income a substantial amount into capital overheads out of his or her income which, in effect, if they are to maintain their business as a going concern, means that the current average farming income is unsustainable. And I’d like to know how in what, or any way, a farmer’s income can be set in stone or index-linked, compared with other sectors and occupations. For example, there is a distinct possibility that the proposed new Common Agricultural Policy will introduce as much as a 25% reduction in the Single Farm Payment. Where will that leave the majority of farmers in this country, whom as small farmers, with holdings of less than 100 acres, are depending as it is on the Single Farm Payment for their survival anyway?

To elucidate the plight another way: for a farmer to remain in the same place in terms of assets and finance in ten years’ time, as they are today, they would need to invest most of their actual net income back into their business. Many people who are not farmers do not even grasp or understand this salient fact. I grew up on a farm at Ballagh in Co Tipperary and I saw how once-viable farming enterprises became unsustainable without another contributory income outside the farm, because of this reality.

The reality today is the only reason why most Irish farms are still in existence is because there is another source of income coming in the door from the outside employment of a spouse or partner.

So, if the Bible instructs that people should receive fair pay, shouldn’t we listen? Do we not think God knows about the right way to order a society? What does it mean to be a Christian if we do not try to apply Biblical rules? When it comes to EU and government administration of the Single Farm Payment, should it not be ensured that full-time farmers receive at least the minimum wage?

The second ‘f’ is Fair Trade. Many of us will have met the idea of fair trade tea, coffee, fruit and many other items: the Fairtrade mark on them shows that farmers around the world receive fair prices, have decent working conditions and are allowed to farm in sustainable ways.

The Old Testament prophet Amos is scathing about merchants who did not give farmers a fair deal. He writes in Chapter 8, Verses 4-7: ***Hear this, you who trample the needy and do away with the poor of the land, saying, ‘When will the New Moon be over, that we may sell grain, and the Sabbath be ended that we may market wheat? – Skimping on the measure, boosting the price and cheating with dishonest scales, buying the poor with silver and the needy for a pair of sandals, selling even the sweepings with the wheat.***

What would Amos make of the companies who, in our own times, force farmers to take low prices while boosting their own profits year by year? For example, compare what a supermarket charges and retrieves in profit for a steak compared to what the farmer is paid.

We live in times where business is done in ways that are contrary to Biblical principles. There are numerous verses in Scripture that point to God’s justice and humankind’s injustice.

Proverbs 13:23 says ***The fields of the poor may produce abundant food, but injustice sweeps it away***.

Read those words about abundant fields producing no income and they are not so far from our own times as farmers endeavour towards better crop yields; farmers who build up productive dairy herds, while cognisant now of the necessary adaptations pertaining to climate change; farmers who raise fine livestock, and yet for all that end up losing money on all their efforts. There is something inherently wrong, inegalitarian and unethical about that.

If the fair-trade principles that have done so much to improve the lives of farmers overseas are Biblical principles, if they are the right way and the just way for the farmers in poorer, developing countries, then shouldn’t they also apply to farmers here in Ireland?

If, in real terms, an Irish farmer is to exist in ten years’ time, from now they have to invest a substantial part of their net income, which in reality is, of course, impossible as farmers have to eat and pay bills like everyone else.

If the campaign to get fair terms for farmers in the developing world could be so successful, would not a campaign here in Ireland work as well? Are the farmers of Ireland not entitled to be protected by the Biblical principles of Fairtrade also?

If we had fair trade in our own country, many of the current problems and fears about the future would disappear.

Fair pay and fair trade are not unachievable dreams. Fair pay can be achieved through the administration of the Single Farm Payment in a way that focuses upon working farmers.

It can be argued that the culture of so-called ‘subsidy farming’ by some very large farmers in Ireland and abroad, throughout the EU, has persisted for far too long to the unfair detriment of much smaller farming enterprises. Fair trade can be achieved through educating people about the realities of the current situation and asking them to change things.

As stewards of all that the Lord gives to us freely in the first place, we need to be aware of our ethical, moral and Christian responsibilities. We need to both protect farm incomes in this part of ‘God’s Vineyard’ and to ensure fair income distribution all through the politic of the farming sector, both here at home and throughout the European Union.

I’ll put it to you like this: literally speaking, if you attended any mart around Ireland in the past five to ten years, you would see that there are very few farmers there under 30 years of age. The majority attending are between 50 and 70. For obvious reasons, many farmers’ sons and daughters don’t want to take up the family farm anymore. They envisage more beneficial and fairer options out there for them, with far easier working conditions, too, in prospect of their future lives.

So I simply want to finish with this prayer based on Proverbs chapter 13, verse 23:

‘Lord God, the fields of this fair earth and of our fair land are your fields. Even when the weather is clement and favourable and abundant fruits of the land ripen, injustice sweeps them away, and families both at home and abroad suffer inequality and injustice. Some even hunger. As stewards of your creation, help us to share the fruits of your bounty, so that all your family may benefit from your gracious gifts. In Jesus’ name we pray, Amen’.

Rev Lester D Scott is rector of the Fenagh-Myshall-Aghade-Ardoyne group of parishes, Diocese of Leighlin.