Criminal damage in Carlow and Tullow 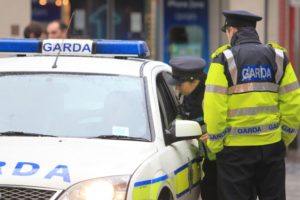 Gardaí in Carlow and Tullow are investigating a number of cases of criminal damage in both towns.

On Christmas Eve in Carlow town, an object was thrown at the passenger door of a car as it was being driven on Tullow St around 7.30pm. The object hit the door leaving a dent. Gardaí are appealing to anyone who may have witnessed the incident or may have dash-cam footage of the incident to contact them at Carlow Garda Station.

Separately, in Willow Park, Carlow, a homeowner reported hearing a bang at around 8.30pm on St Stephen’s Day. On investigation, they found that the window pane of the front room was cracked. Gardaí in Carlow are appealing to anyone who may have information to contact Carlow Garda Station.

Gardaí in Carlow are also investigating an incident where all four tyres of a car were punctured. The car, a red Ford Focus, was parked outside a house in Burrin Manor, Tullow Road when the incident occurred between 5pm on St Stephen’s Day and 3pm on Monday 27 December. Anyone who has information or dash-cam footage of the incident is asked to contact Carlow Garda Station.

In Tullow, gardaí are investigating an incident in Market Square where the glass door of a commercial premises was broken in the early hours of Monday morning. Anyone with information is asked to contact Tullow Garda Station.