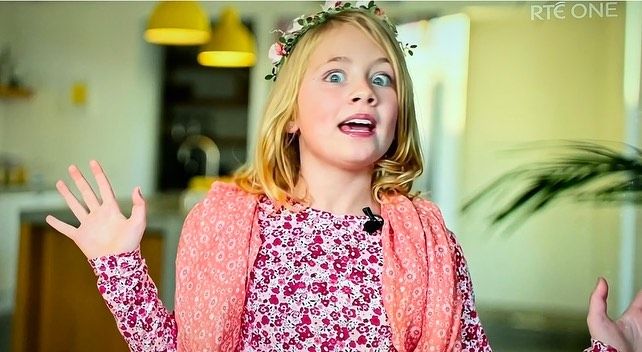 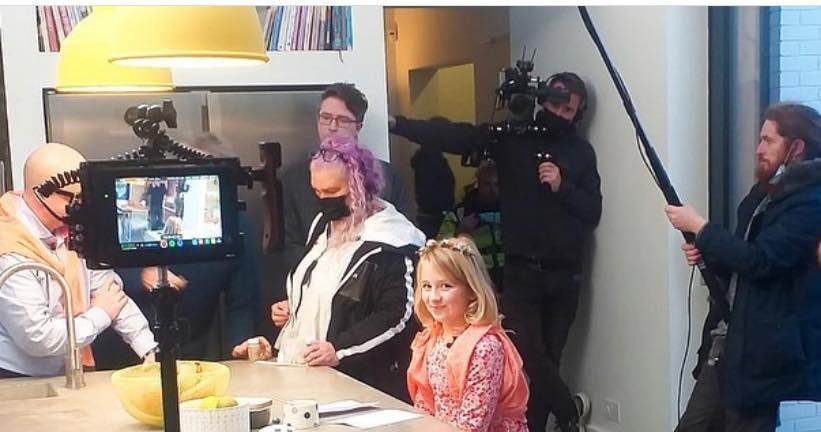 Kate on the set of Callan Kicks the Year 2021 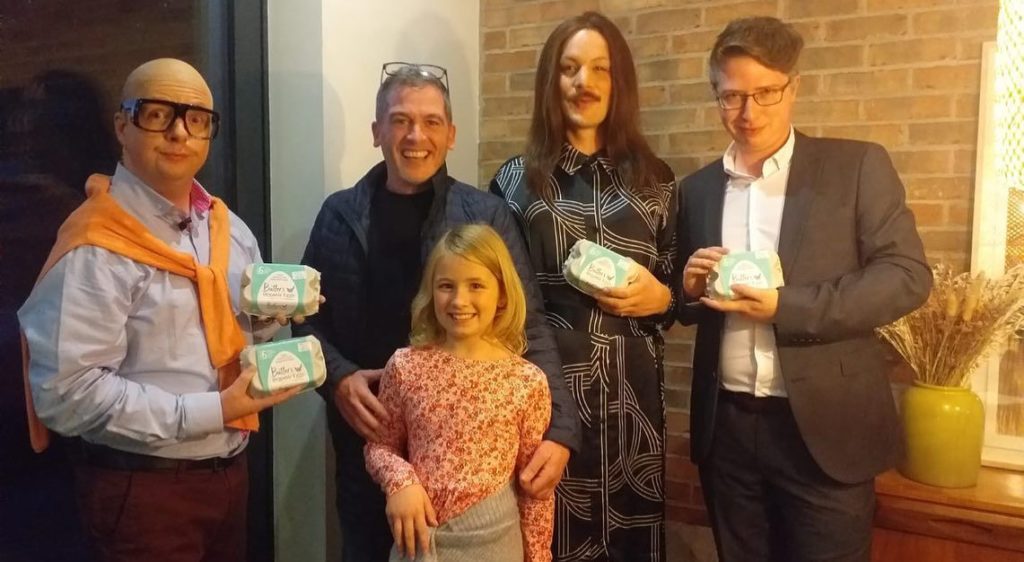 Kate Butler (9) with Oliver Callan, her dad David and the team from Callan Kicks the Year 2021

A HACKETSTOWN schoolgirl cheered up the nation on New Year’s Eve with her comical performance on RTÉ’s Callan Kicks the Year 2021.

Kate Butler (9) joined Oliver Callan and his team of satirical comics for a hilarious run through the highs and lows of 2021, from the world’s longest lockdown to insurrection at The Capitol and Zapponyism to Leo’s Festival Jaunt! Kate played the part of Home of the Year judge Suzie McAdam, but with a twist, when the judges found themselves in the blood-stained home from Kin!

“She absolutely loved it – she said it was the best thing she’s ever done,” Kate’s mum Paula told The Nationalist.

“Oliver Callan, the producers and everyone on set were so kind to her. She was treated like royalty during the filming,” added Paula.

“One of the producers, Caroline Kealy, was saying to her that Oliver was no longer the star of the show … she was! They were all so lovely to her.”

Kate, her parents David and Paula and her older brother Noel all sat down together on New Year’s Eve to watch the show and were delighted … and surprised to see Kate appear so many times throughout the hour-long special.

“We knew she was in the sketch about Home of the Year but didn’t expect her to be in so much of the rest of the show. There was great excitement here watching it,” said Paula.

The reaction to Kate’s performance on the hugely popular show has been terrific, with family, friends and fellow pupils at St Joseph’s NS in Hacketstown all thrilled to see Kate.

A fourth-class pupil at the school, Kate is also a member of Spotlight Stage School and was part of its hugely successful show at Rathwood over the Christmas period, and she also performed on this year’s Late Late Toy Show.