Hard work pays off for graduates of IT Carlow 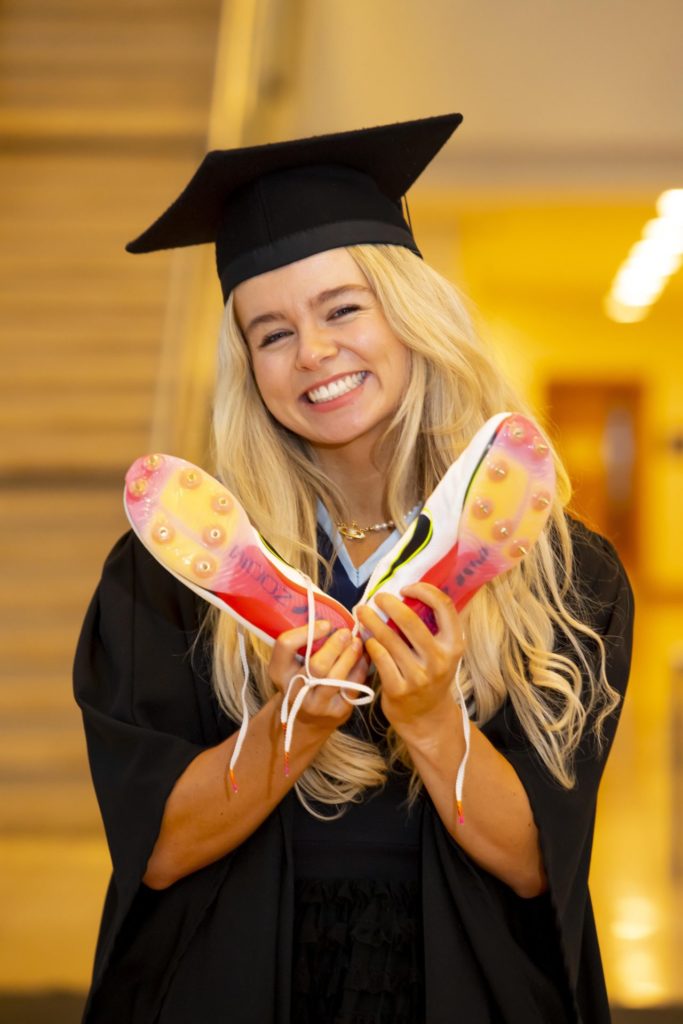 STAFF and students at Institute of Technology Carlow pulled out all the stops to ensure a safe in-person conferring ceremony for almost 3,000 graduates last week. The graduates received their awards across science, health, engineering, computing, business and humanities, a wonderful culmination of all their hard work.

Among the graduates were mother and daughter Bernadette and Kim Sheil from Clonegal, who both graduated with a Master of Arts in child, youth and family studies; recently engaged couple Wexford hurler Cathal Dunbar and his fiancée Rebecca Canavan, both from Gorey, Co Wexford, graduated with a Bachelor of Business (Honours); while international athlete Molly Scott from Hacketstown received her honours Bachelor of Law degree.

The conferrings also saw the first graduates of the institute’s unique Bachelor of Science honours degree in brewing and distilling.

In line with Covid-19 protocols, the institute held 20 ceremonies rather than the usual 11, ensuring the health and safety of all those attending. Preparations were spread across the campus using the central services building, the Dargan Centre and the student services building.

“Graduates and their guests were asked to comply with the national protocols for indoor events, including checking of Covid certificates and the wearing of face masks,” explained Shauna Whyte, head of academic administration and student affairs.

“We had full co-operation from our guests, who were delighted to participate in the ceremonies. For those unable to attend in person, all ceremonies were live-streamed through our website.

“The organisation of the event was more detailed than in other years, but the staff wanted the day to be special for our graduates and their families, so they pulled out all the stops to make it so successful,” said Shauna.

IT Carlow president Dr Patricia Mulcahy warmly congratulated the graduates, who come from over 100 countries across the globe, and praised the international standing of their degree.

“Institute of Technology Carlow is this year ranked first in Ireland for university teaching and learning by the U-Multirank World University Rankings. Your awards are internationally recognised and will stand the test of time, equipping you for the challenges, opportunities and adventures that lie ahead,” she said.

U-Multirank is the largest and most inclusive global university ranking. It is based on an independent analysis of almost 2,000 universities from 100 countries.

John Moore, chairperson of the institute’s governing body, reflected on the ten years since his first conferring speech in 2011. “At that point, the country was emerging from recession and the employment prospects for graduates were uncertain. Today, companies like mine are restrained only by access to talented graduates such as you. The world is full of opportunity and you have the attributes as graduates from Institute of Technology Carlow to take advantage of these opportunities,” said Mr Moore.

Dr Mulcahy spoke of the decision announced in November 2021 that IT Carlow, in partnership with Waterford Institute of Technology, will be designated as the Technological University of the Southeast by 1 May 2022.

She told graduates and guests that “this development is an important part of our country’s plan to transform our economy and society” and that the “new university will see the creation of one of the largest and most impactful universities in the country embedded right across our region, while being globally connected”.