Locals object to lithium mining on the Carlow-Wicklow border

A company backed by a Chinese industrial giant is prospecting for lithium across Carlow and Wicklow with a local community rallying in opposition.

Blackstairs Lithium Company, a subsidiary of the Chinese company, Ganfeng Lithium, has recently submitted a renewal application to the Department of the Environment, Climate and Communications to prospect for Lithium in over 150 Townlands over a 50km stretch of south and east Carlow and Co Wicklow. Billed as the Avalonia Project, the area stretches from Borris in Carlow to Stranakelly in Co Wicklow and takes in Myshall, Clonegal, Kildavin and Rathanna parts of Mt Leinster and the Wexford border.

Over 60 locals in Moylisha Hill on the Carlow and Wicklow border came together last Sunday in a show of solidarity against the proposals.

It has been known since the 1970s that there has been Lithium present in the area and Carlow while Blackstairs Lithium Company have had held a prospecting license locally since 2009.

However, the increasing demand for Lithium, which is used in smartphone and electric car batteries, along with industry statements about Carlow and Wicklow has stoked local fears and led to the formation of the Save Moylisha Hill group.

Big concerns about mining include the risk pose to ground water and the devastating impact on landscape. Locals have also hit out at the absence of consultation about project.

Chairperson Anthony McNulty said they were fighting against the prospect of a “mine tearing the heart out of Moylisha Hill”.

“Our committee has been formed to at last give this united community a voice to say enough! We do not want our beautiful landscape destroyed, our wildlife and our farmlands affected, our rivers and drinking waters at risk, our tourism and Wicklow Way walkers frightened off by the industrialisation of our countryside, industrialisation for the profit of shareholders who do not care about our environment or our area.” 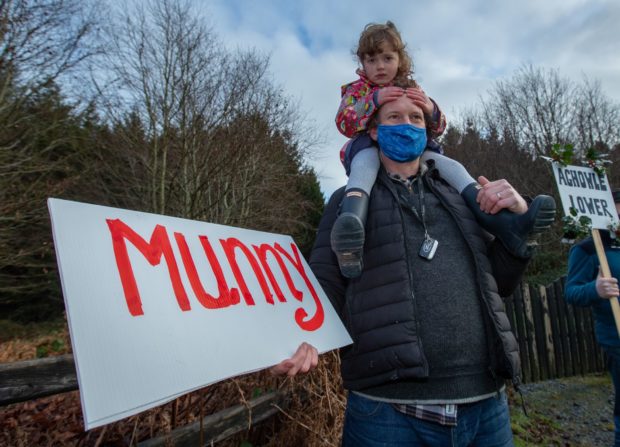 Objections can currently be lodged to the department and the deadline is this Friday. The group plan on contacting local public representatives to get their support.

Blackstairs Lithium Company was formed by Ganfeng Lithium, who are a Lithium supplier to Volkswagen and Tesla, and International Lithium Corporation of Canada. Ganfeng Lithium are the largest producer of lithium compounds in China. It’s understood the companies has already put many millions into its exploration in Carlow and Wicklow to date.

International Lithium Corporation have published survey findings of Moylisha and Aclare near Myshall.

The Department of the Environment, Climate and Communications confirmed that renewal applications for eight prospecting licenses in Carlow and Wicklow had been made.

A spokesperson said: “The company was originally granted the eight prospecting licences in August 2009 for a period of six years to explore for lithium and other minerals.  The licences were renewed for a further six year period in August 2015 and the licensee has recently sought to renew the licences for a further two years.”

The department stress the license only allows for the exploring for mineral and does not give permission for mining.

“Once the consultation period  has closed, all valid submissions will be considered ahead of making a final decision on whether or not to renew the prospecting licences.” 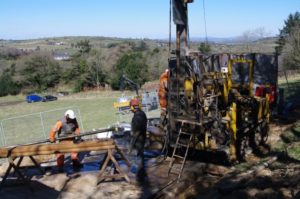 Drilling at Aclare near Myshall as part of the Avalonia Project Photo: International Lithium Corp