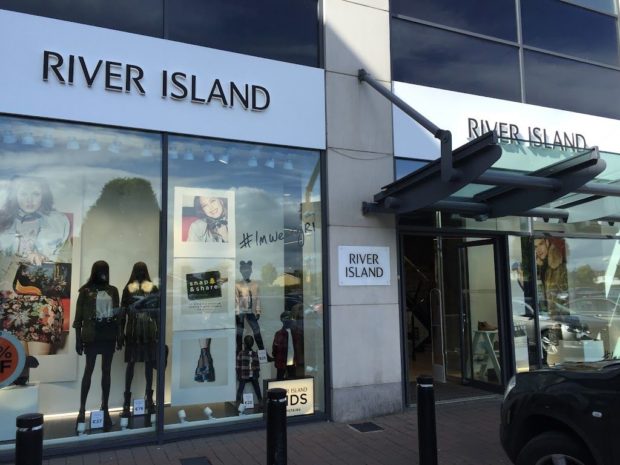 A FORMER floor manager at a Carlow clothing store won her unfair dismissal case after an interview to decide whether she kept her job was deemed “unfair” by the Workplace Relations Commission (WRC). A WRC adjudication officer made the comment after hearing that a single manager conducted the competitive interview of two floor managers vying for one position at the River Island store in Carlow.

The complainant, Jacinta Doyle, had expressed concern about the interviewer to a regional manager, as she believed there was close “affinity” between the manager and the other floor manager.

Ms Doyle subsequently lost her job by a single point in the interview process. The WRC also found that Ms Doyle’s refusal to engage in an appeals process offered by River Island was detrimental to her. The WRC awarded €1,000 in redress.

A remote hearing of the case was held in September, with the decision published last month.

The issue dated back to August 2020, when Ms Doyle, an employee with River Island for seven years, was told she was at risk of redundancy. The two floor manager positions at the store were being reduced to one. A competitive interview was to decide which floor manager would retain their job.

The interviews were held in August and Ms Doyle learned she had lost out by a point. She was told this in confidence by her Carlow manager, as the other floor manager had not been informed. She was offered a lower-grade position at the Carlow store, but felt she could not respond at the time as she did not officially know the outcome.

After confirmation that her application had been unsuccessful, Ms Doyle went through her interview notes with the interviewer and challenged areas where she lost points. She also took issue that there had only been one interviewer, who she claimed was not sufficiently independent. Ms Doyle was informed that she could appeal the decision. The possibility of an appeal and the offer of a position in another store or a lower-level position in Carlow were also discussed with the regional manager.

The complainant declined to work in Carlow, as she would not report to her former colleague and she did not appeal.

On Ms Doyle’s last day at work, the Carlow store manager resigned. Ms Doyle was keen to interview for the role, but was told that as she was serving her notice of redundancy, she could not make an application.

River Island presented a full defence, with the interviewer and regional manager giving evidence, along with a member of the HR department in the UK head office. The clothing giant maintained it had been a professional redundancy process and that there were no sustainable grounds to the unfair dismissal case.

It was outlined that the redundancy was due to the impact of Covid-19 and the jump to online shopping. A total of 375 managers were made redundant in the UK and Ireland. River Island said the interview process was very detailed and professional. The interview process and template were presented at the hearing. The interviewer was a “competent manager and had the full confidence of the regional manager”. River Island described the complainant as a “very good colleague” and said that she had been offered the opportunity to appeal or take up an alternative post.

The store manager said it was a “close call” between the two floor managers, but the complainant had “certain shortcomings that mitigated against her”.

The fact that there was one, not two, interviewers was “largely a result of the business pressure the organisation’s management was under at the time”. Case law was also submitted.

Michael McEntee, the adjudicating officer, commented that the River Island managers who gave evidence were “most professional”, while Ms Doyle had given “very competent” testimony. However, Mr McEntee examined a key consideration in the redundancy process: fairness.

“Standing back and reflecting on legal precedents regarding ‘fairness’, it is very hard to see how the respondent employer, not an insignificant organisation, was not more aware of the potential hazards that a single person/manager interview process could not give rise to. It has to be remembered that this was not a simple disciplinary interview, but an interview in which a long-standing manager’s livelihood depended.”

Mr McEntee did not accept that organisational pressure was a sufficient counter to the complainant’s arguments.

“It may well have been the case that a multi-manager interview panel would come up with the same selection answer, but this will always remain conjecture.”

The perceived unfairness of the interview could never be satisfactorily answered, as there was only a single manager involved, said the adjudication officer. However, Mr McEntee said that the complainant’s refusal to engage with the appeals process was “very detrimental” to her. He commented: “There is extensive legal case law to support this point.”

In conclusion, Mr McEntee said that in light of the single manager interview, the dismissal “has to be seen as unfair, but with a significant offsetting complainant contribution”.