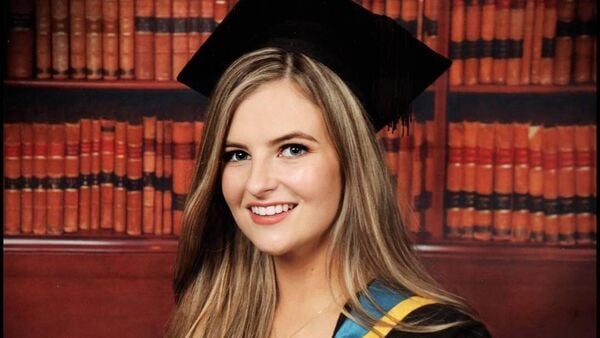 Gardaí investigating the murder of Ashling Murphy have identified a second man who they want to speak to.

As reported in the Irish Examiner, gardaí are not labelling the man a new suspect, but rather a “person of interest”.

It comes following the release of a man they had been questioning late on Thursday night, with gardaí stating he was “no longer a suspect”.

However, gardaí have insisted that the first 24 to 48 hours of the murder investigation have not been wasted.

According to the Irish Examiner, the new “person of interest” is being monitored and investigators are satisfied they will not lose him.

According to sources, the garda investigation is “moving at pace” and gardaí want to get as much evidence as possible before making any decision on whether to arrest the man.

It is understood that investigators are waiting to speak to him after he has been treated for a number of injuries.

As reported in The Irish Times, the man has been treated at a hospital in the east of the country with his injuries believed not to be life-threatening.

It is further understood that the new “person of interest” is related to the bicycle that gardaí issued an appeal in relation to.

Gardaí issued a renewed appeal for witnesses on Friday morning and asked anyone with information about a “Falcon Storm mountain bike” with “straight handlebars and distinctive yellow/green front forks” to come forward.

Every resource will be provided to An Garda Síochána to find who murdered Ashling Murphy. It is vital that we all support the Gardaí in their work. Please anyone with any information, particularly on this Falcon Storm mountain bike, come forward to Gardai. pic.twitter.com/a9Mb0Ojdnp

They believe the bike may have been used by Ms Murphy’s assailant. If not, they need to eliminate the bike and its owner from their investigation.

It is understood that valuable forensic evidence has been gathered by gardaí investigating the murder.

Sources have said that the evidence led to the release of the man who had been arrested as part of the investigation.

The man’s solicitor said on Friday that he has had his “life ruined”. Donal Farrelly, who represented the man during his two days of questioning, condemned those who had tried to identify him on social media.

The evidence is now being applied to other suspects, which sources have said will be crucial in the hunt for the killer.

The crime scene at Boland’s Lock, Cappincur, on the Grand Canal tow-path about 3km east of Tullamore was still sealed off on Friday for forensic examination.

The clothes Ms Murphy was wearing have also been examined, with gardaí hoping forensic evidence will significantly aid the murder investigation.

Dr Leahy said investigations are not “linear processes” and that “around the clock” investigative activities always continue in such cases, even when a suspect is being questioned.

“Door to door enquiries will be conducted. You have forensic scientists working on this. You have telephone and CCTV analysts, scenes of crimes experts. Conferences will be taking place, and they will be pursuing multiple lines. There will be total commitment on this from the investigating team.

“(Gardaí) won’t see their families for some considerable length of time because they will be totally and utterly committed to pursuing this and delivering justice for Ashling and her family and the community in Tullamore.”

Speaking on Friday, Taoiseach Micheál Martin said the murder of 23-year-old teacher Ashling Murphy has “united the nation in solidarity and revulsion”.

His comments came as Tánaiste Leo Varadkar said society has to face up to an “epidemic of violence against women”, with senior politicians promising that the entire resources of An Garda Síochána are available to bring the killer to justice.

Taoiseach Micheal Martin said on Friday: “It’s very poignant and a very sad moment in our nation’s affairs when a young talented musician had her life violently taken a few days ago, and our hearts and our minds go out to the Murphy family, to her community, to her family and friends, and to particularly the young pupils who no doubt would have been looking forward to Ashling’s presence in the classroom, teaching music or sport as well as the broader curriculum.

“I’ve always been of the view that a national schoolteacher, from the beginning of the State, has been the bedrock upon which our society was built.

“And, in many ways, Ashling Murphy represented and personified the very best of that tradition of national teaching.

“I think it has united the nation in solidarity and revulsion at what has happened.”

He added: “No stone will be left unturned in terms of bringing this investigation to a completion and to bring the person responsible for this to justice.”

Mr Martin said he has spoken to the Murphy family.

“I just wanted, like everybody across the country, on behalf of the people to express our solidarity with them and our devastation. The fact that a beautiful young woman has been taken from their lives,” he said.

“I can say without hesitation that every effort will be made to bring this person to justice and to keep people safe in the intervening period.”